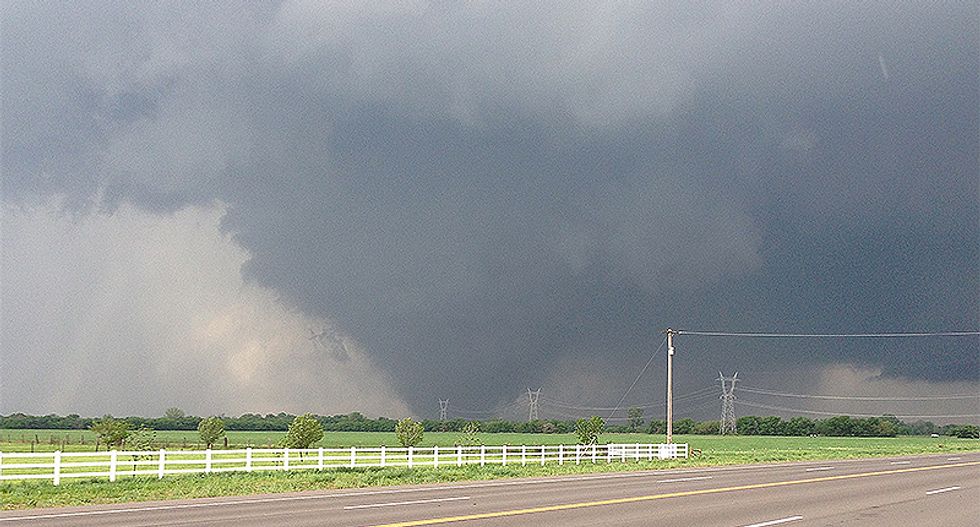 Oklahoma voted overwhelmingly for President Donald Trump and now the Republican leader is hitting back against his most loyal supporters, KFOR news reported.

In his budget, Trump has proposed gutting the National Weather Service in an area of the country that depends on forecasters and meteorologists to protect them from extreme weather events. Norman, Oklahoma is the location of one of

“Should the public be concerned about these potential staff cuts? I think the answer is yes because - even though you see things coming down the pipe for days, sometimes weeks in advance - even those last few minutes or hours can make a huge difference on the outcome as to what type of severe weather in this particular case that we may receive," KFOR meteorologist Mike Morgan explained.

The NWS could lose more than 350 staffers, the vast majority of which would be forecasters.

“The Trump administration has proposed to effectively eliminate 20 percent of the forecasters or front-line operational employees at the 122 forecast offices around the country,” Hirn said.

Hirn warned it could mean closing the NWS in Norman during nights and on weekends. Many of the state's worst tornadoes have been late in the afternoon and a powerful storm doesn't check the calendar to see whether it's Monday through Friday.

“That office would be closed in the evening and another office, maybe in Tulsa or in Texas, will be responsible for issuing the warnings,” Hirn said.

Weather warnings aren't the only concern, the National Weather Service data is used by airports to determine safety for takeoff and landing of planes.

“It would be fair to say I think, if there was any delay of information regarding weather really when it's inclement weather, that that could have an impact on our operations and our traveling public,” Will Rogers Airport Spokesperson Karen Carney said.

In 2013, the NWS got a boost to their budget so that they could improve computing power needed to make quicker forecasts and save more lives.