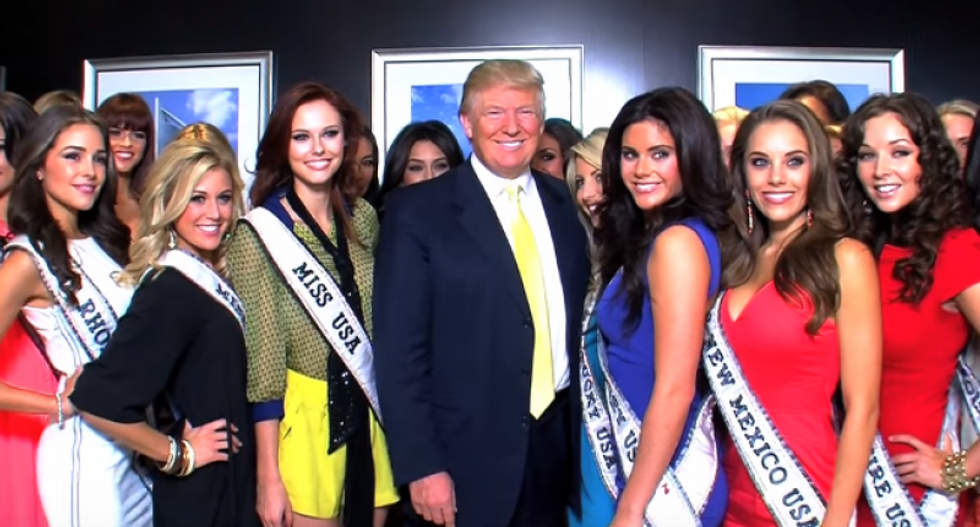 A new report from the New Yorker's Jeffrey Toobin alleges that President Donald Trump used to regularly rig Miss Universe pageants to favor women who hailed from countries where he had business interests.

Former contestants at the Miss Universe pageant told Toobin that Trump would regularly talk with them about business deals that he did in their countries -- and that women whose countries were doing business with Trump would routinely get selected as finalists, sometimes overruling the decisions that were made by pageant judges.

"He made comments about every girl: ‘I’ve been to that country.’ ‘We’re building a Trump Tower there,'" said Canadian former contestant Adwoa Yamoah. "It was clear the countries that he liked did well. He'd whisper to Paula about the girls, and she’d write it down. He basically told us he picked nine of the top fifteen."

Shi Lim, a former contestant from Singapore, similarly told Toobin that "the finalists were picked by Trump" and "he was really in charge."

And one judge at the pageant told Toobin that he was floored when saw that several of the women he and his fellow judges had picked as finalists did not make it to the official list of winners, as Trump apparently intervened to override their decisions.

"I didn’t know what had happened," the judge claimed. "I felt ridiculous."

Toobin writes that this episode is illustrative of the way Trump now conducts himself as president, as he seems to have no problem linking the success of his businesses to his duties as President of the United States.

"Miss Universe represents a paradigmatic example of Trump's business style in action—the exaggerations that teeter into lies, the willingness to embrace dubious partners, the hunger for glamour and recognition," he writes. "Trump got away with this kind of behavior for decades, and he played by the same rules during his run for the Presidency."