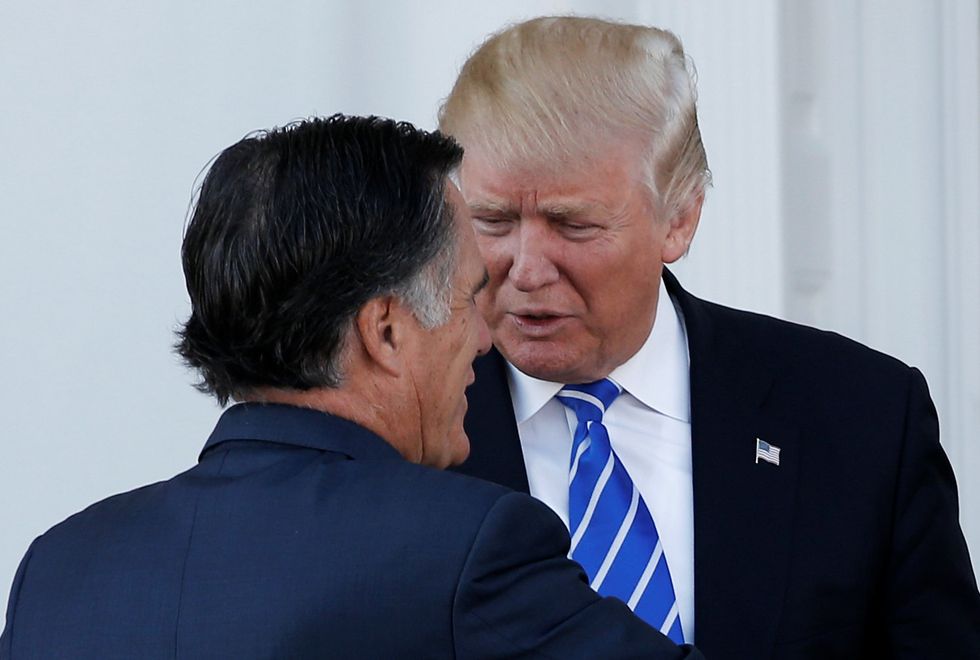 Donald Trump and Mitt Romney, once one of the president's fiercest critics, have kissed and made up, at least on Twitter.

Romney, a wealthy businessman, ex-governor of Massachusetts and the 2012 Republican presidential nominee, announced last week he is running for a US Senate seat in Utah.

On Monday, Trump praised Romney and gave him his backing, with Romney thanking him.

Things were not always so chummy between them, however.

In a 2016 speech, Romney called Trump a "phony, a fraud," who was "playing the members of the US public for suckers" as Trump ran for president.

After Trump's victory, the two enjoyed a brief rapprochement when Romney attended a dinner with the president-elect to discuss becoming secretary of state.

A photo of that three-star Manhattan dinner encounter was widely-described across America as Trump gloating as Romney groveled for a job.

Romney later told reporters he had spent a wonderful evening with Trump.

In the end, Trump gave the top diplomat's job to Rex Tillerson.

But in an effusive tweet on Monday, Trump endorsed Romney's new run for office, saying: "He will make a great Senator."

Romney replied: "Thank you Mr. President for the support. I hope that over the course of the campaign I also earn the support and endorsement of the people of Utah."