Trump says John Kelly would stop mass shootings if he was a teacher with a gun: 'The bullets would be flying' 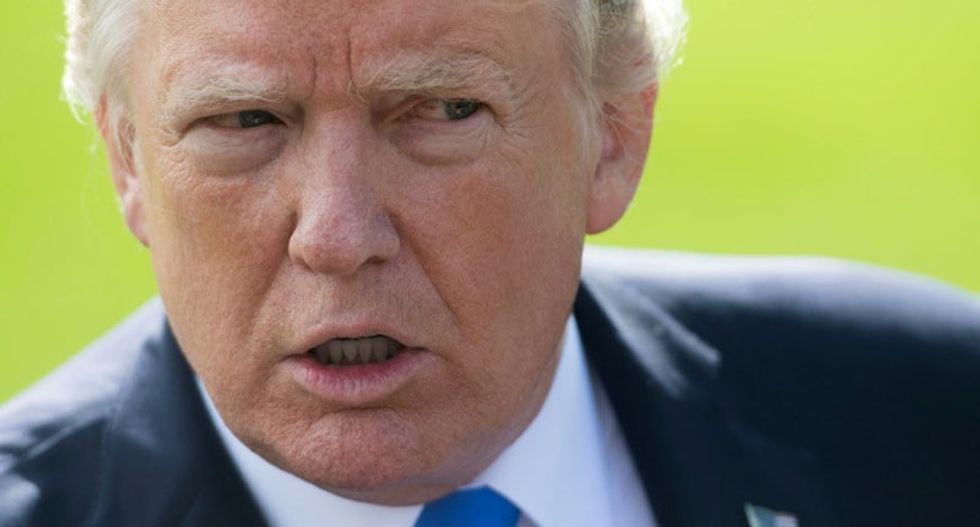 President Donald Trump on Thursday insisted that White House Chief of Staff John Kelly could personally stop any school shooting if he were a teacher armed with a gun.

At a roundtable discussion about school violence, Trump noted Kelly was a four star general and a "tough cookie."

"If he was a teacher, I wouldn't mind having him have a gun," the president said. "Because I guarantee you, he can use it better than anybody. There's not security guard that you're going to hire that's going to handle a gun better than him. So if he's a teacher and other friends of his from the Marines are teaching or other people like that, you want them to have a gun."

"But almost more importantly, nobody is going to attack that school," he continued. "Because they know General Kelly is the history teacher. He's teaching about how we win wars, okay? And he's got a concealed weapon. But they're going to know he got a concealed [weapon] because we tell them that the bullets are going to be flying in the other direction."

Trump argued that if the nation continues "with this nonsense about a gun-free zone" then schools would be "a target for the killer."

Trump says John Kelly would make a good armed guard at a school.

"Then the bullets are going to be flying in the other direction." pic.twitter.com/cPGtNeCOKD