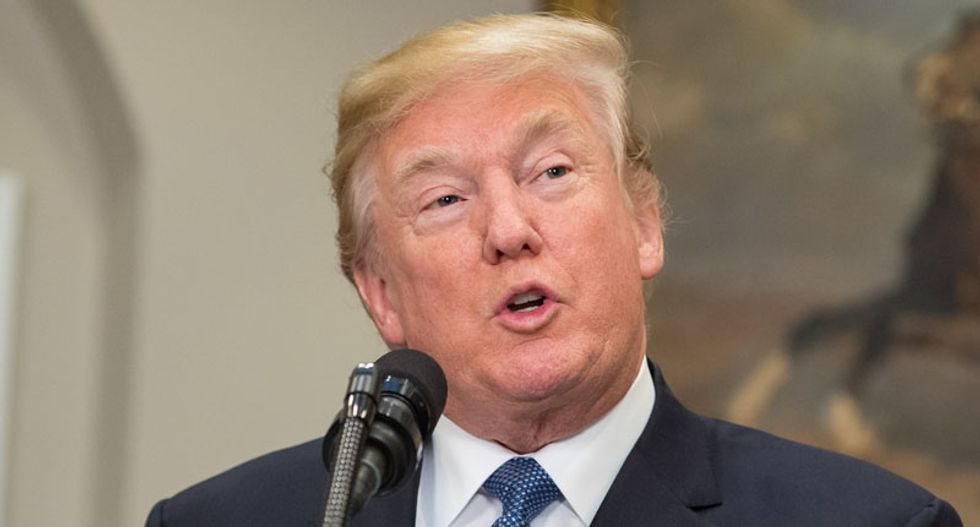 President Donald Trump said on Friday the White House would soon release a letter regarding the possible release of a classified memo written by Democrats to rebut a Republican document claiming FBI and Justice Department bias against him in the federal probe of Russia and the 2016 U.S. election.

The House of Representatives Intelligence Committee voted unanimously on Monday to release the 10-page document drafted by the panel's Democrats, contingent on the Republican president agreeing to reclassify it. If Trump approves the release, it would then be up to the committee to make it public.

"We're going to release a letter soon," Trump told reporters after an event in the Oval Office, but did not specify what the letter would say.

Mueller also is investigating whether Trump has committed obstruction of justice in trying to impede the Russia probe.

Democrats last week warned Trump against using the Republican memo as a pretext to fire Deputy Attorney General Rod Rosenstein, who hired Mueller and oversees the investigation, or to remove Mueller himself. The Republican memo singled out Rosenstein and several other officials by name, including former Federal Bureau of Investigation Director James Comey, who Trump fired in May 2017, as the agency investigated the Russia matter.

Mueller took over the investigation from the FBI.

U.S. intelligence agencies have concluded that Russia interfered in the 2016 presidential campaign using hacking and propaganda, an effort that eventually included attempting to tilt the race in Trump's favor. Russia denies interfering in the election. Trump denies collusion with Moscow.

(Reporting by Ayesha Rascoe; Additional reporting by Patricia Zengerle; Writing by Will Dunham; Editing by Paul Simao and Daniel Wallis)