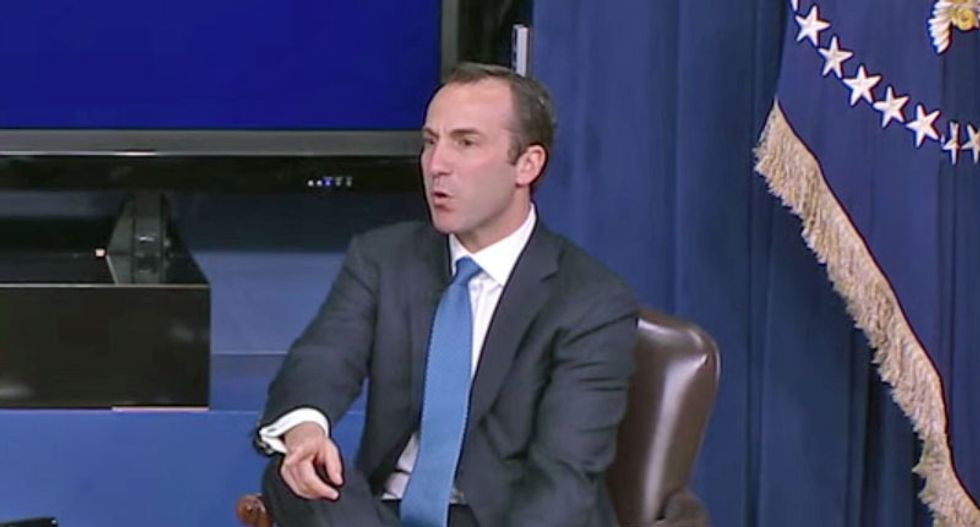 President Donald Trump responds to a question during Q&A with Reed Cordish, Assistant to the President for Intragovernmental and Technology Initiatives, on Tuesday, April 4, 2017, during the CEO Town Hall on Unleashing American Business hosted by “The White House Office of American Innovation” in the EEOB South Court Auditorium of the White House in Washington, D.C.

Reed S. Cordish, who led the White House effort on infrastructure, resigned from the Trump administration on Friday, The Baltimore Sun reported Friday.

The White House had declared that this was "infrastructure week."

“In that regard, it’s a good time for a transition for me,” Cordish told The Sun on the timing of his announcement after the administration presented its infrastructure plan earlier this week.

“His leadership on initiatives ranging from work-force development to prison reform to modernizing key [Veterans Affairs] services will have a positive impact for millions of Americans,” Kushner said in a statement.

The resignation was a dramatic capstone to Trump's widely-panned infrastructure week.

Identifying a week as infrastructure week is the Trump equivalent of the guy at the beginning of the horror movie b… https://t.co/DF3ubt9kwB
— Daniel Dale (@Daniel Dale) 1518803554.0