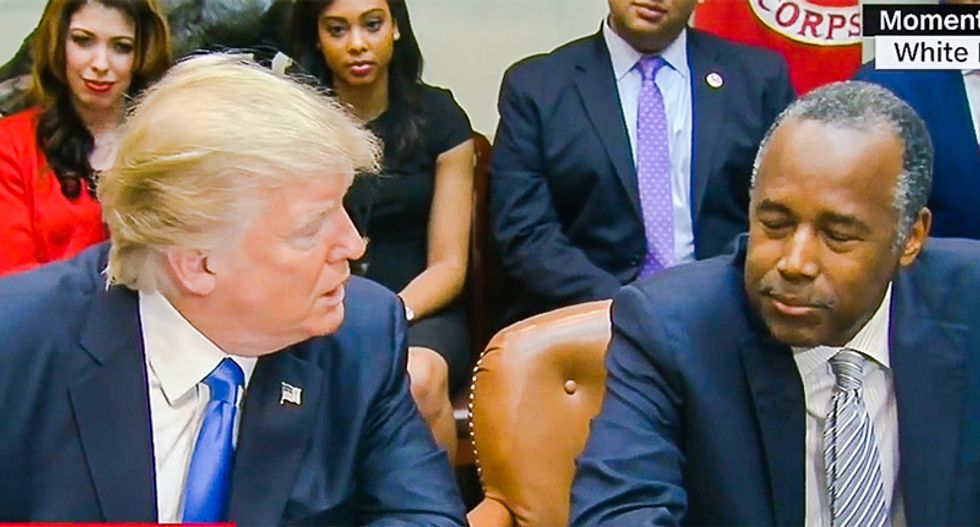 The US Department of Housing is spending $165,000 on “lounge furniture,” which does not include a $31,000 dining set procured for Ben Carson, the Guardian reports.

The department is purchasing the furniture from an Indiana-based furniture seller, despite a proposed HUD budget cut of $6.8 billion.

Housing spokesman Raffi Williams had denied the department spent $31,000 on a dining table for Carson.

Here’s HUD spokesman @Raffiwilliams falsely telling me on Friday that a new dining table had not been bought for Be… https://t.co/ICJU7nEWli
— Jon Swaine (@Jon Swaine)1519771305.0

Williams said Carson would not be returning the dining room set, though he told the Times, “In general, the secretary does want to be as fiscally prudent as possible with the taxpayers’ money."