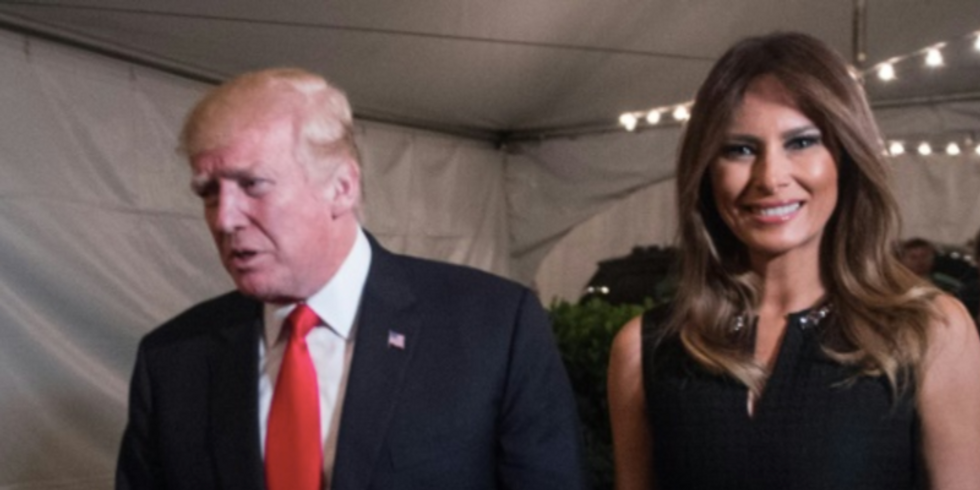 The first couple made short stops at the Broward County Sheriff's Office and at the Pompano Beach hospital that received the Parkland massacre's dead and wounded.

After Trump met with a small group of survivors and their family members at the hospital and delivered remarks to the press at the sheriff's office, the president and first lady continued on to Mar-a-Lago, Trump's private golf resort.

According to CNN's Kevin Liptak, the Trumps attended a "disco party" in Mar-a-Lago's ballroom. The party was dedicated to celebrating Studio 54, the notoriously decadent 1970s nightclub.

An Instagram user posted a photo with the president in the background from the party.

Trump announced on Saturday that he will forego his usual Saturday golf game out of respect for the Parkland victims.