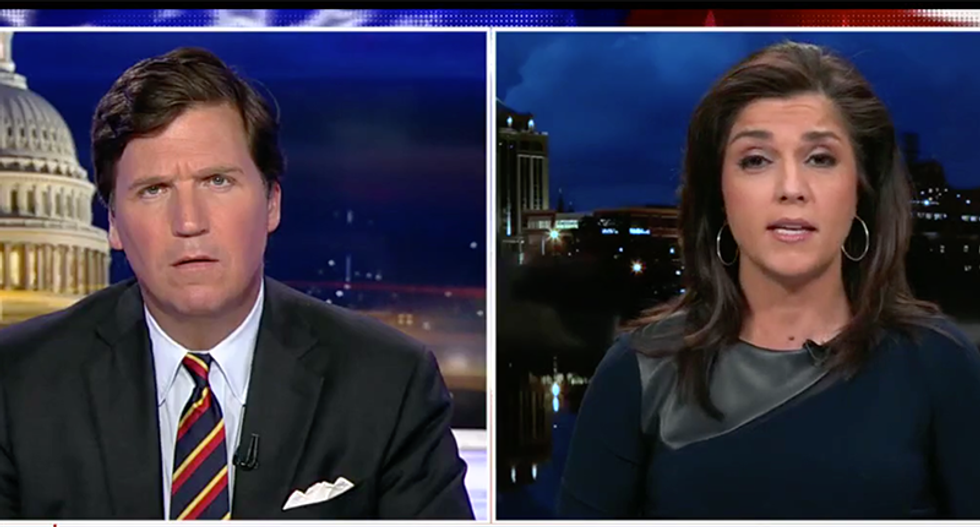 A reality TV show personality turned Fox News contributor argued on Wednesday that the break down of the "nuclear family" was the actual cause of the school shooting massacre in Parkland, Florida.

"Why are we allowing blowhards from the Congress to try strip our ability to protect ourselves?" Carlson asked Campos-Duffy. "I don't understand."

"Frankly, there's another problem, Tucker, that people don't want to talk about, and that is that we have a family crisis in this country," Campos-Duffy argued.

"Turns out the nuclear family works pretty well, we shouldn't have thought about that before we destroyed it," Carlson declared.