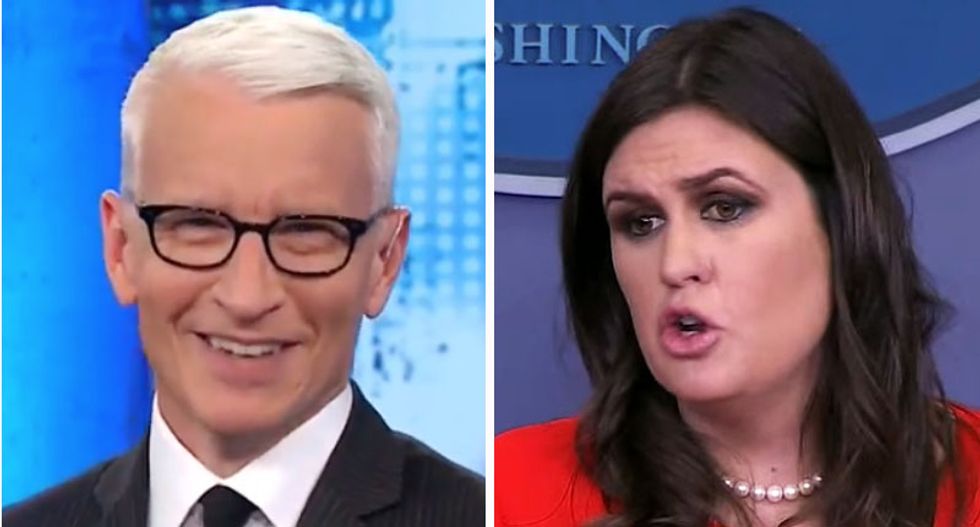 The embattled White House of President Donald Trump refused to send a spokesperson on CNN to discuss their continually changing rationalizations for excusing away Rob Porter's domestic violence allegations. In their absence, AC360 anchor Anderson Cooper brutally reviewed the public record of the scandal, now in its eighth day.

"If you haven't seen the 1944 movie Gaslight or kept up with your Psychology Today subscription, gaslighting is when someone tries to make you question your reality and sanity," Cooper defined. "They do this by lying, they do this by speaking in contradictions and by denying the reality that you know to be true."

"That is how the White House is gaslighting the American people daily in covering-up how it handled the case of Rob Porter," the host observed.

Cooper then reviewed the time line of mistruths from the White House since the scandal broke last week.

"We asked the White House for anyone to come and talk about any of this tonight and they said no," Cooper reported.

"You don't have a White House official, but you do have me," replied CNN chief White House correspondent Jim Acosta.