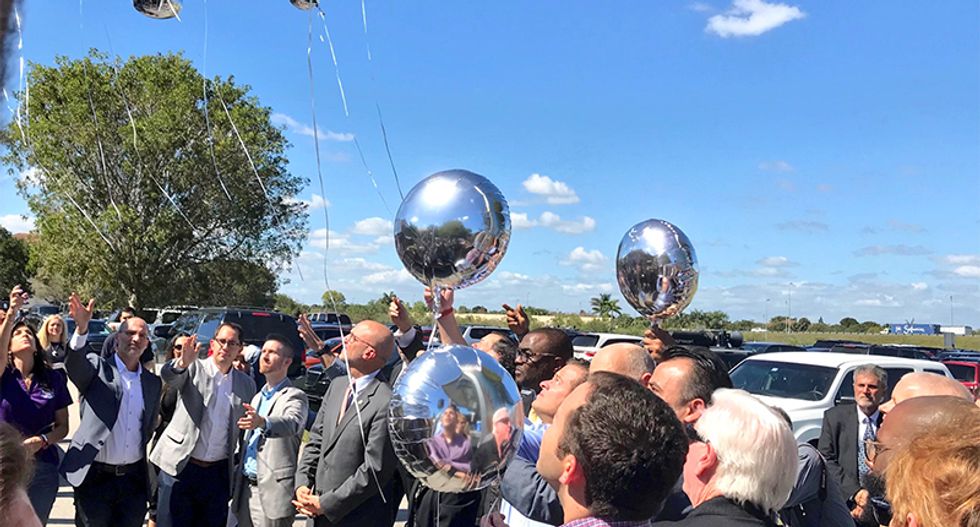 Just one day after a Parkland, Florida high school was shoot up by a white supremacist-trained former student, families and students are coming together for a vigil and mourn the loss of their slain friends.

Gov. Rick Scott (R-FL) an attended outdoor service at Parkridge Church in Coral Springs, earlier in the day, according to CBS Miami. More than a dozen ministers prayed over those who attended the vigil. It's one of many events that are scheduled throughout the city Thursday to help the community grieve their losses.

Seventeen balloons were released to represent the victims.

Watch the assembly below: