'A wave is coming': Republicans brace for heavy losses in November as Democrats gain momentum 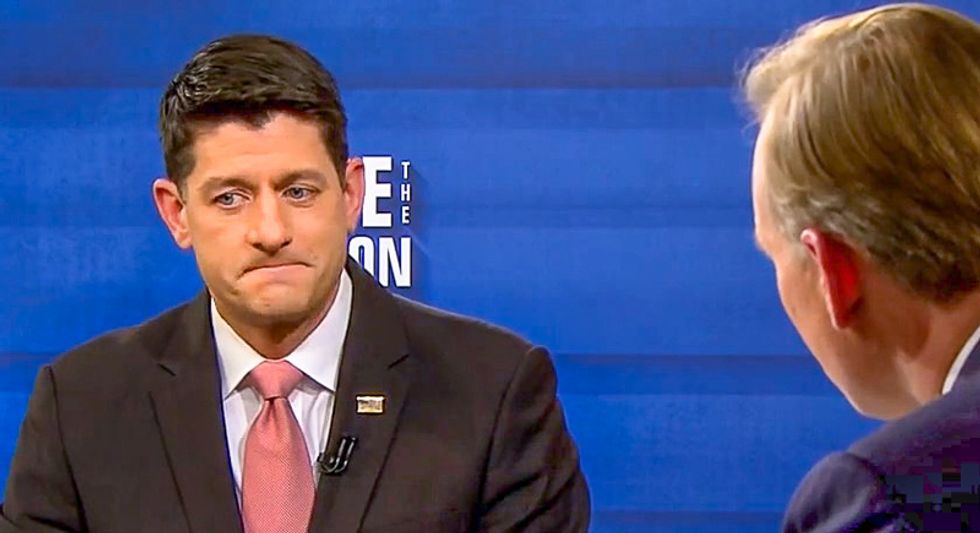 Republican lawmakers, candidates, strategists and funders are sounding the alarm that November's elections could be disastrous for the party and that only key structural advantages could shield the party from losing both houses of Congress.

Vanity Fair's Abigail Tracy said on Sunday that recent losses in bellwether races around the country have sown fear among GOP faithful.

“These races are like canaries in the coal mine,” said former Democratic Rep. Steve Israel (NY), ex-chairman of the Democratic Congressional Campaign Committee. “For Republicans, the canaries are dying.”

Earlier this year, losses in special elections in Georgia, Montana and South Carolina seemed to indicate that anti-Trump sentiment would not be sufficient enough to turn longtime red districts blue.

"Ten months out," wrote Tracy, "strategists see the trend as a potential harbinger of the legendary blue wave in the 2018 midterms that could rob of the G.O.P. of its majority in the House -- and possibly, the Senate."

Without former President Barack Obama and longtime conservative bogeyman Hillary Clinton to run against, Republicans are left with one major political figure to align themselves with or to oppose, the historically unpopular president.

A Republican strategist who spoke to Tracy anonymously said they believe Republicans should double down on the president's message and stoke the always-loyal base ahead of November.

“I think they ought to continue to be bold to get people fired up to vote in the election,” the strategist said. “No matter what, the clock is ticking on how long we have the majority...it doesn’t matter if it’s two more years or ten months or four more [years]. Whatever it is, this is their shot. That might not happen again.”

GOP fundraisers say, however, that they're being wildly outraised by Democrats.

"In the final quarter of 2017, more than 40 House Republicans were outraised by at least one, if not multiple, Democratic opponents. The fear is that the Republican Party will be forced to defend traditionally safe states," Tracy said.

Democrats shouldn't be overconfident, however. GOP strategist Rick Wilson told Tracy, "Democrats are always capable of screwing up -- they do it a lot. They are spectacularly bad at snatching defeat from the jaws of victory.”