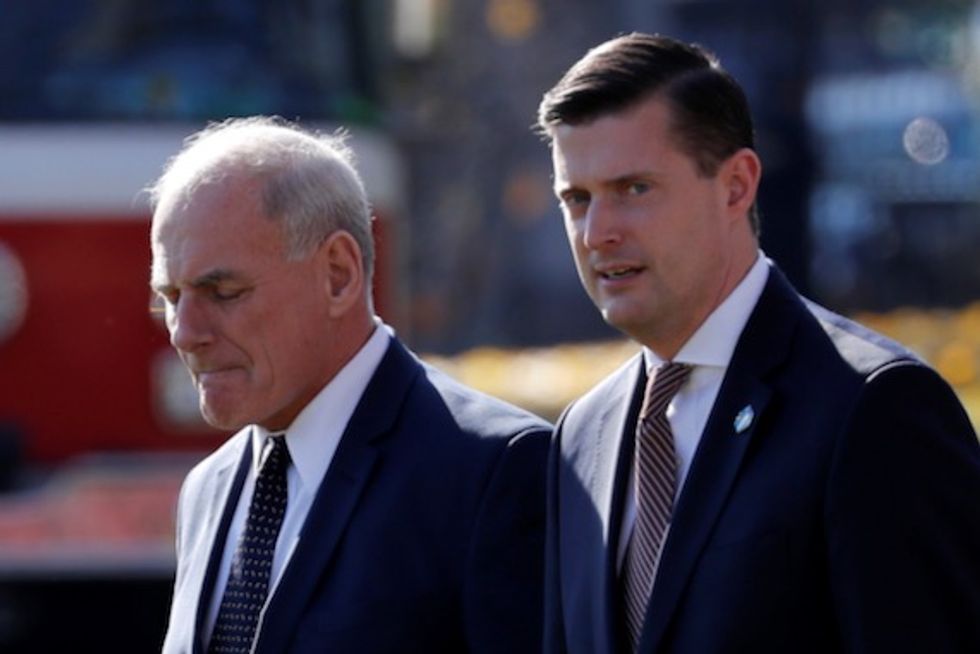 The White House on Thursday said that Chief of Staff John Kelly and other staff "could all have done better" in handling former aide Rob Porter once fully aware of domestic abuse allegations against him.

"I think it's fair to say that we all could have done better over the last few days in dealing with this situation. This was a Rob Porter that we all have dealt with," White House Spokesman Raj Shah told reporters. "The emerging reports were not reflective of the individual we've come to know and I am not going to get into the tick-tock of all this ... it is all a part of ongoing investigation."

Kansas Supreme Court delivers a 'slap in the face to voters'

"As a result of this decision, minority voters and Democratic voters will have their voices diluted for the next 10 years."