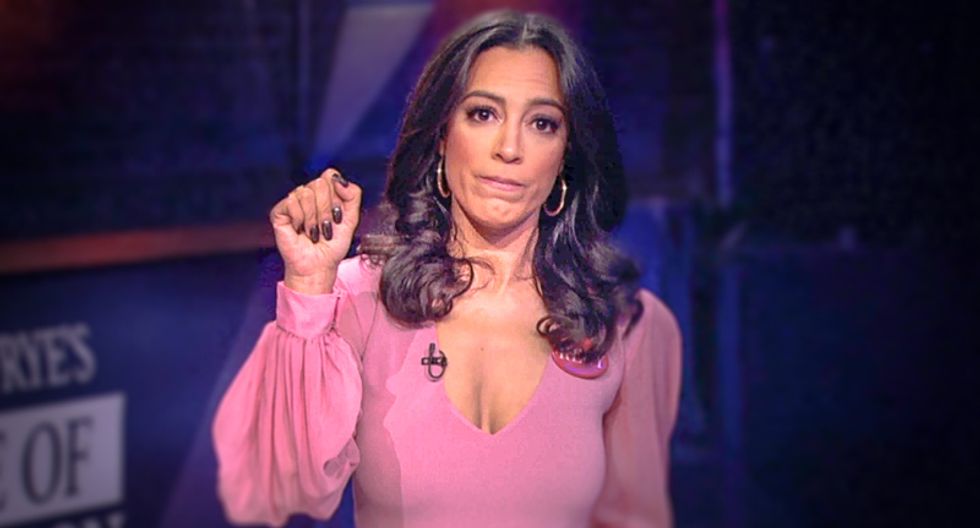 CNN contributor Angela Rye hosted a righteous response to President Donald Trump's State of the Union on Wednesday and called for Americans not just to "stay woke, but to work woke."

Rye ended the program with a powerful call to action. After replaying videos that show how Trump has embraced white nationalism, Rye called on her audience to "remember the anger caused by those images."

"Let that anger be righteous," she said. "The kind that doesn't repay evil with evil, but rather the kind that drives us to act, to move, to protect black bodies, to preserve our rights, to ensure our advancement."

Rye recalled that Trump had asked black voters "what in the hell do you have to lose" by voting for him.

"He has worked to ensure that we are constantly taking ills," she explained. "He's not just undoing the legacy of President Obama, but by reversing key regulations, executive actions and trying to repeal laws enacted to protect the most vulnerable."

"Please wake up," Rye pleaded. "Hear me loud and clear, this is about reversing civil rights protections that have been on the books for 50-plus years. And they started working on these reversals before Trump was ever running for president."

According to Rye, the actions of Trump are "past partisanship."

"Understand that this is a matter of survival," she insisted. "I'm not here to debate the odious. Trump and his supporters -- racism, xenophobia -- the many way in which they otherize us, including a strong desire to take us back to when America was allegedly it's greatest in the 1950s."

"No, my challenge is for you," she continued. "What will you stand up for? When is it too much, when is it too far. We've seen enough. We know enough. And we've had enough. But when will we do enough?"

"Your silence, your lack of action is an endorsement of this hatred fueling violence," Rye stated. "How are you going to allow someone to say we don't belong on the soil of the very country we built? This is not about them. It's about us. What will it take for you to stand up, to show up, to fight, to force constructive change?"

She concluded: "We have the tools, we are equipped. Will you join us? ... We must mobilize in our communities to ensure our present reality doesn't become our permanent future. It's time to not just stay woke, but to work woke."

Watch the video below from BET.