'He works for nothing!' Trump launches rambling defense of Jared Kushner amid security clearance scrutiny 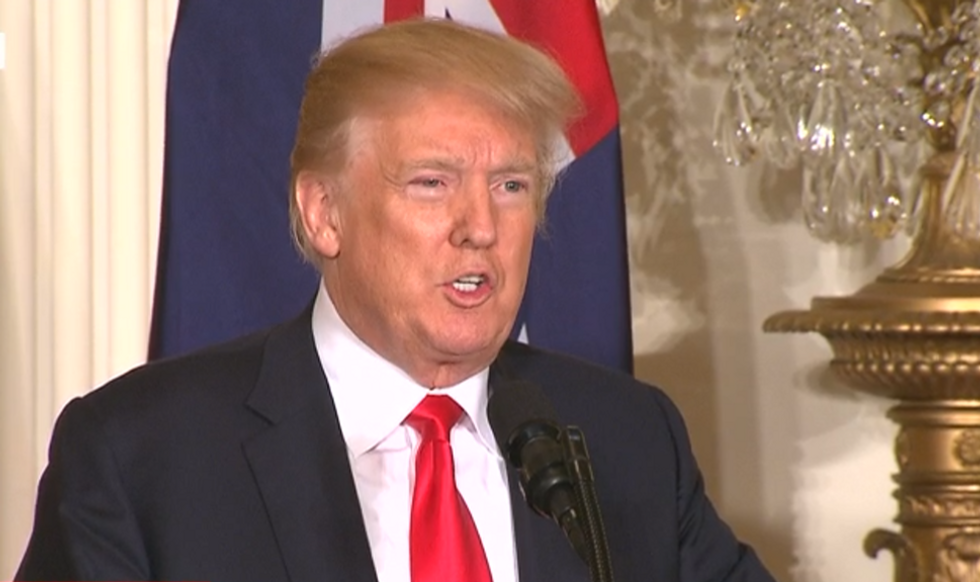 President Donald Trump on Friday issued a rambling defense of Jared Kushner after he was asked if his son-in-law should still be able to access classified information even if he does not receive a full security clearance.

In response to a question about whether he'd grant Kushner a waiver so he could keep working on sensitive foreign policy issues without a security clearance, Trump said his son-in-law was a "high-quality person" who had been treated "very unfairly."

As a way to show how valuable Kushner was, Trump pointed out that his son-in-law has been doing all this work for free.

"He works for nothing," he said. "Nobody ever reports that. He gets zero. He doesn't get a salary, nor does Ivanka, who is now in South Korea.

Trump then outlined why Kushner was integral to his grand plan to make peace between Israel and the Palestinians.

"But the hardest deal to make of any kind is between the Israelis and Palestinians," Trump said. "We're actually making great head way. Jerusalem was the right thing to do. we took that off the table. Jared Kushner is right in the middle of that. He is an extraordinary deal maker. If he does that, that will be an incredible accomplishment and a very important thing for our country."

So far, the Trump administration's decision to move the American embassy from Tel Aviv to Jerusalem has only resulted in condemnation from Palestinian leaders, who have shown no indication that they are now more willing to work out a peace deal because of it.

After talking about Israel, Trump pivoted back to praising Jared and First Daughter Ivanka Trump, whom he said deserved praise for her selflessness.