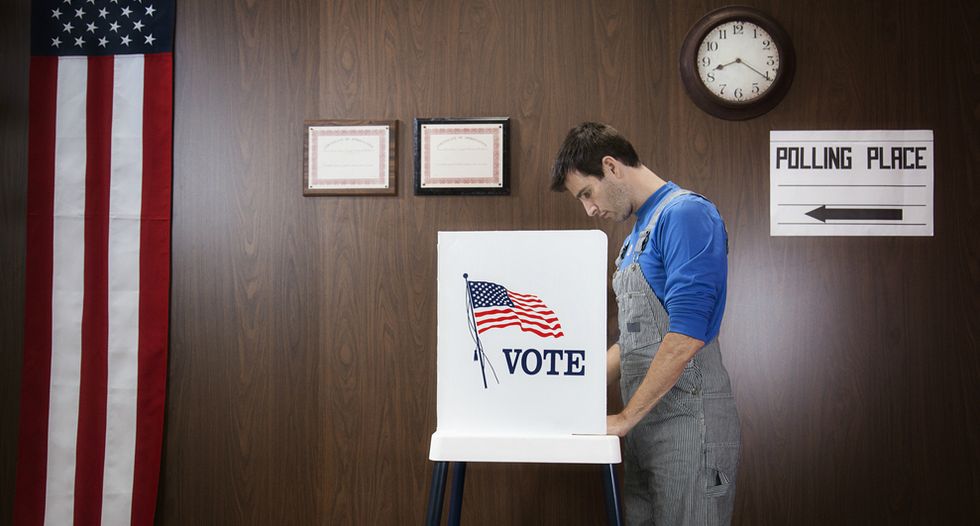 Attached to a bill reauthorizing the Department of Homeland Security was a rider that would allow the Secret Service to be "dispatched" to any polling place during a federal election at the president's discretion. Now, nearly one-third of the nation's secretaries of state are slamming the "unprecedented" legislation.

"This is an alarming proposal which raises the possibility that armed federal agents will be patrolling neighborhood precincts and vote centers," the letter sent from 19 secretaries of state to Senate leaders, reads.

CNN, who obtained the letter sent on Friday to Senate Majority Leader Mitch McConnell (R-KY) and Minority Leader Chuck Schumer (D-NY), reported that the secretaries of state called the move "unprecedented and shocking."

"Secretaries of State across the country agree that there is no discernable need for federal Secret Service agents to intrude, at the discretion of the president, who may also be a candidate in that election, into the thousands of citadels where democracy is enshrined," the letter continued.

The legislation passed the House of Representatives with bipartisan support, CNN's report continued, "but it was not included in the Senate bill passed out of the Senate Homeland Security and Governmental Affairs Committee last week."

When responding to the Boston Globe about the bill, the Secret Service called the provision "grossly mischaracterized."

"The only time armed Secret Service personnel would be at a polling place would be to facilitate the visiting of one of our protectees while they voted," the agency said.

The bill will soon move on to a vote by the entire Senate and will then need to be reconciled with the House version that contains the troublesome provision before it will be sent to the president's desk.