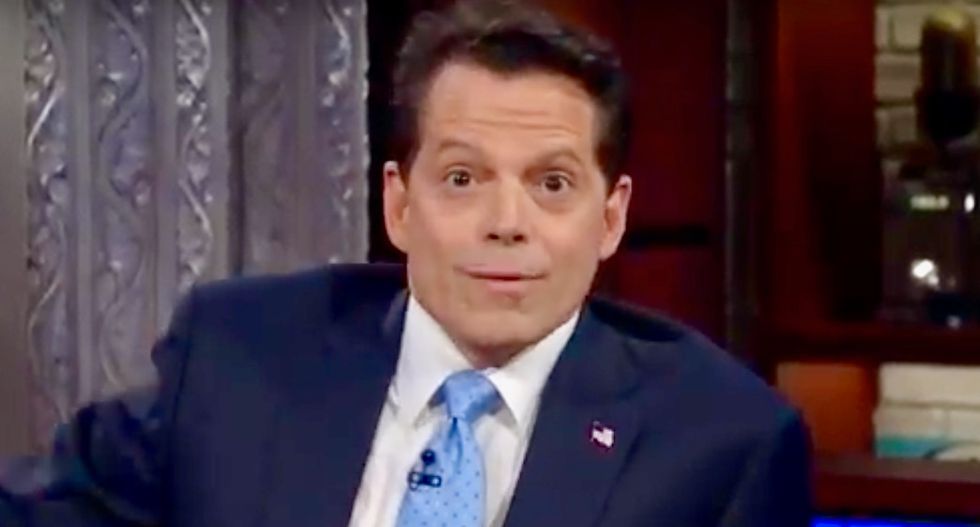 Anthony Scaramucci, who was employed as Trump White House communications director for only eleven days before being fired by current White House chief of staff John Kelly, is once again ramping up his war to get Kelly fired.

Speaking with Bloomberg News' Jennifer Jacobs, Scaramucci says that he is going on a media blitz to convince President Donald Trump that Kelly needs to go before morale within the White House completely collapses.

"Does the president want to lose everyone because of General Jackass?" Scaramucci asked, according to Jacobs.

NEW: "Does the president want to lose everyone because of General Jackass?" Anthony Scaramucci says. The ex-White… https://t.co/CoZdRKkAXU
— Jennifer Jacobs (@Jennifer Jacobs) 1519920323.0

Scarmucci denied he was backstabbing Kelly -- and he told Jacobs that he was proudly "front-stabbing" him.

Earlier on Thursday, Scaramucci ripped into Kelly during an interview with CNN's Chris Cuomo in which the former White House communications director blamed the chief of staff for allegedly covering up abuse allegations that forced former staff secretary Rob Porter to resign.

And on Wednesday, Scaramucci said that Kelly's presence in the White House was killing staff morale, as he said that Kelly was too restrictive about access to the president.

Kelly has reportedly been fighting with Trump son-in-law Jared Kushner and first daughter Ivanka Trump about Kushner's security clearance, which was downgraded last week to prevent him from accessing top-secret classified information.