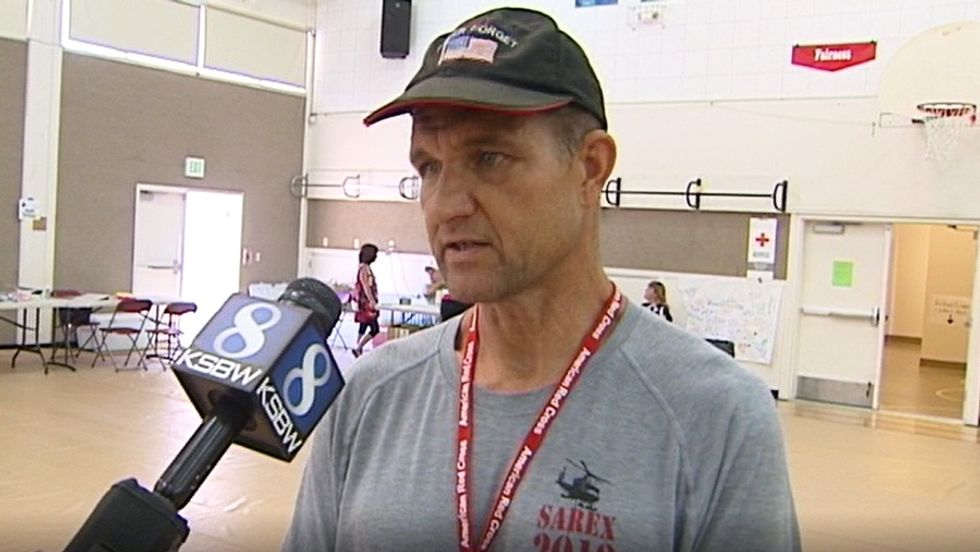 President Donald Trump believes that arming well trained teachers will prevent future school shootings -- but a new story out of California shows that armed teachers can create risks of their own.

Police say that Alexander, who also serves as a reserve police officer, was trying to teach his students about gun safety on Tuesday when his firearm accidentally discharged as he was pointing it toward the ceiling.

The bullet from the gun hit the ceiling, which caused pieces of it to fall to the ground. At the same time, bullet fragments ricocheted off the ceiling and hit one 17-year-old student in the neck, resulting in what police described as moderate injuries.

Two other students received minor injuries as a result of the shooting.

Alexander apologized to the students for accidentally injuring them, and he said he did not believe that the gun was loaded when he brought it into the class.

Nonetheless, Alexander was placed on leave by the Sand City Police Department, where he serves as a reserve officer.

"I have concerns about why he was displaying a loaded firearm in a classroom," Sand City Police Chief Brian Ferrante told KSBW. "We will be looking into that."