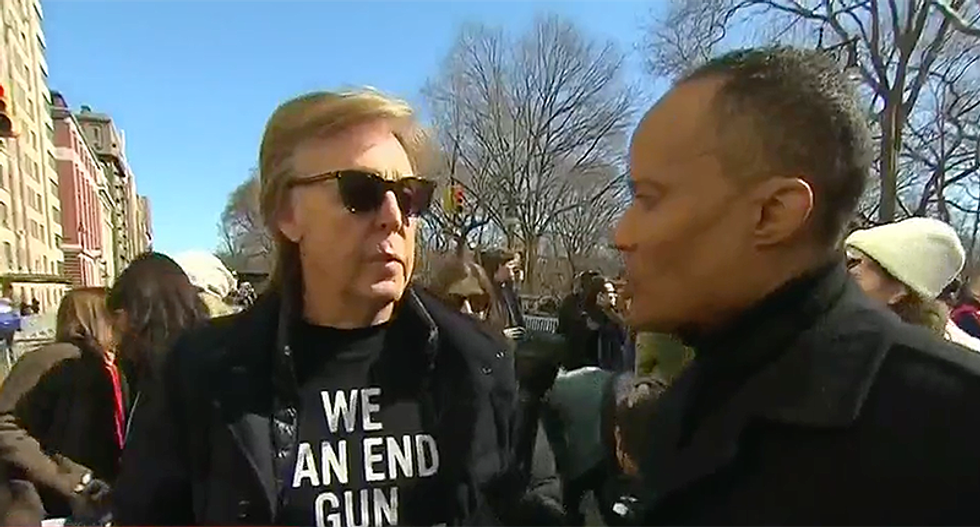 Paul McCartney at March for Our Lives (Photo: Screen capture)

Paul McCartney, who once played and sang along side John Lennon told CNN that gun violence has a very difficult meaning to him.

He opened his jacket to reveal a t-shirt saying "We can end gun violence," and noted he hopes that is what the protests can eventually accomplish. He confessed he doesn't know if it would happen, "But this is what we can do."

"One of my best friends was killed in gun violence, right around here," McCartney said of Lennon. "So, it's important to me."