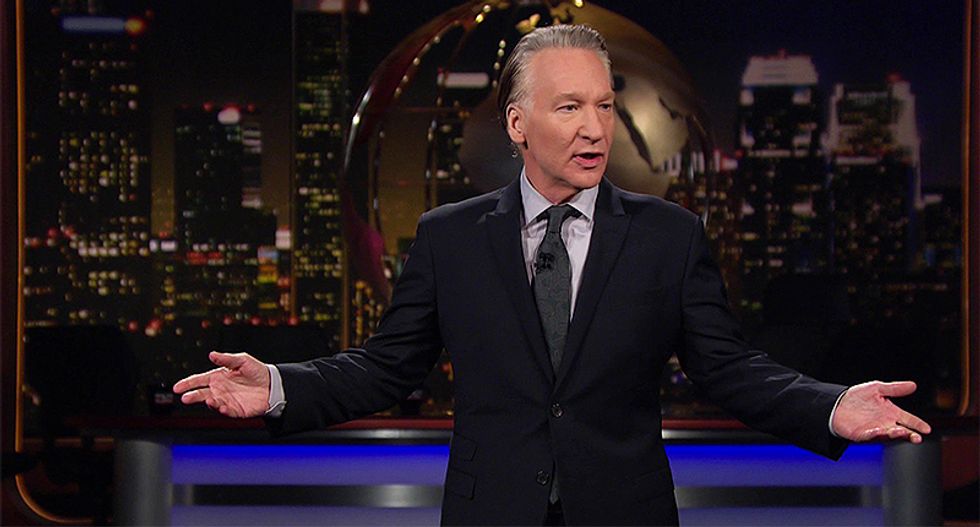 He began the segment talking about the scandal Facebook is embroiled in after data company Cambridge Analytica violated their terms of service and farmed data to share with their clients.

He continued on with a segment he called "This week's episode of restoring honor and dignity" to the office. He also noted that it was discovered this week that Donald Trump Jr. was also allegedly having an affair with a former "Apprentice" contestant.

"This must be the breakdown of the family that conservatives warned us about if we allowed gay marriage. I think this is what they meant," Maher mocked.

He noted that in the Don Jr. case, his wife allegedly discovered the affair because she would check his phone when he was in the shower.

"And one of the texts said, 'We can't keep meeting like this,'" Maher claimed. "Turns out that was from the Russians.

Maher noted CNN's Anderson Cooper asked Karen McDougal about her alleged affair with Trump. She revealed that it was "always the same," according to Maher.

"'Yes, Donald. You're so big, Donald. I love you, Donald.' Then she would talk," Maher joked. "There was a pointed moment in the interview where she said she was sorry for what she did to the other woman in the equation. But Ivanka said she was OK."

He also noted that someone asked TRump whether the couple had unprotected sex. According to Maher, "Trump said, 'No, I got a nondisclosure agreement."