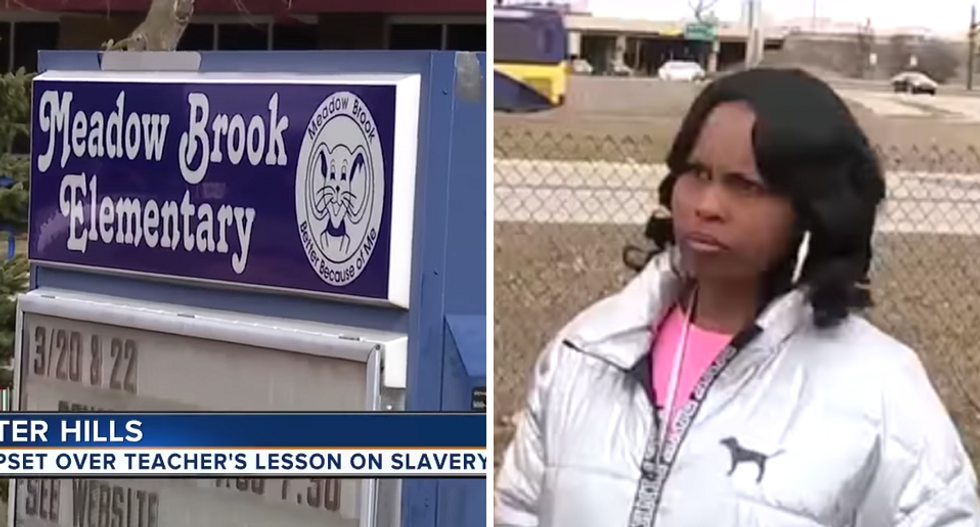 Administrators at Rochester Community Schools in Rochester, MI are investigating an incident at Meadow Brook Elementary School after students were asked to participate in a “classroom exercise on slavery,” which included laying on the floor to “show how uncomfortable it was on the slavery ships.”

As WXYZ reports, the activity also forced four black students to listen to jokes made by the predominantly white class—including the teacher.

"My thing is, what's next?” mother Jacquelyn Night-Oliver, who’s daughter was one of the four black students in the class, asked. “Is she going to bring in a gas chamber and recreate the Holocaust?"

Night-Oliver said while the initial class exercise left her feeling like “it was a bit much,” her concerns were not assuaged by a statement the school district released about the incident.

“This morning, it was brought to my attention that several students at Meadow Brook Elementary School were made to feel uncomfortable during a classroom exercise on slavery,” Rochester Community Schools superintendent Robert Shaner wrote in a message posted on Facebook. “I sincerely and wholeheartedly apologize for any pain the incident may have caused.”

“I want to assure our community that this situation will be thoroughly investigated, and corrective action will be taken as appropriate,” Shaner continued. “Unfortunately, we cannot provide additional details about the situation while we are determining the facts.”

The superintended added the district’s assistant superintendent of instruction and instructional equity specialist “are also working with the building principal to facilitate further discussion with students and help them process the information about the history of slavery in America.”

Night-Oliver said she wants to stop another incident like this from happening again.

"As a teacher and as an adult, I would think you know to step in and say this is not a laughing matter," she said. "But for her to laugh with them, I was taken aback by that."