Boy who hugged cop in iconic protest photo may have been killed in fleeing adoptive mother's cliff crash: report 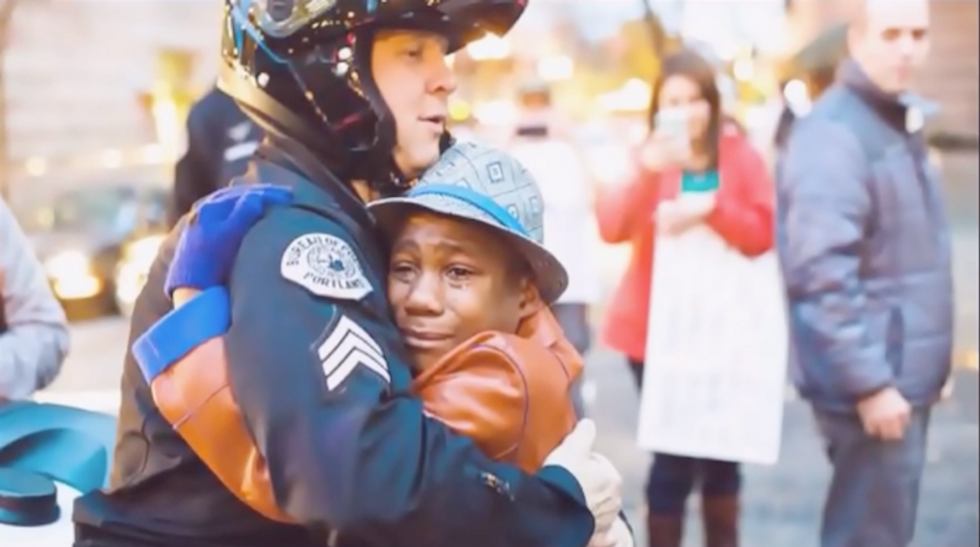 Devonte Hart in the iconic hug photo/Screenshot from video

A black boy who hugged a white police officer in an image that went viral during the protests over the killing of Michael Brown in Ferguson may have been one of the children killed when his adoptive moms drove off a cliff while evading Child Protective Services, the Oregonian reports.

Devonte Hart was famously photographed 2014 crying and hugging a white Portland police officer in a tender moment during an otherwise heated "Black Lives Matter" protest. The hug was seen as a hopeful moment of reconciliation and the image was seen everywhere from to the Guardian to the Washington Post to Today. CNN dubbed it "the hug shared round the world."

Devonte's adoptive moms, Jennifer Jean Hart and Sarah Margaret Hart, both 39, drove off a 100-foot cliff near Mendocino on Monday. The women were confirmed killed along with three of their children, Martin, 19, Abigail, 14, and Jeremiah, 14. 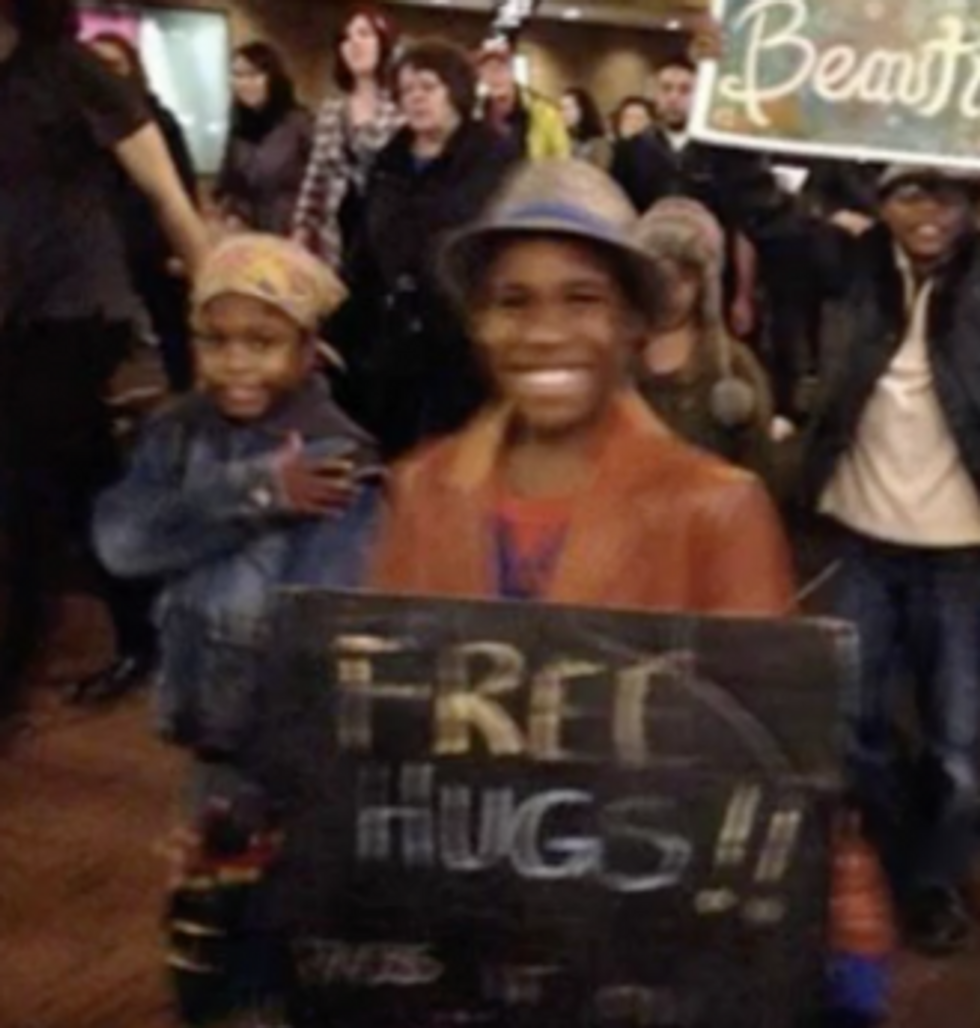 Devonte Hart in a video from the protest/Screenshot[/caption]

Authorities are still looking for three other children: Devonte, now 15, and and siblings Hannah, 16, and Sierra, 12.

Jeni Wren Strottup, a friend of the family and a journalist who writes for a local weekly newspaper, said the women had just celebrated the ninth anniversary of the adoption of the children a few days ago.

"I don't know how it was possible," she wrote. "I don't know many people who shared the deep love and hope of the world that you as a family did, inspiring so many."

Friends on Facebook say they are still hoping that Devonte and his two missing sisters are found alive.