'A bunch of BS': Ex-RNC head decimates evangelicals who ignore Trump's trysts in exchange for a conservative Supreme Court 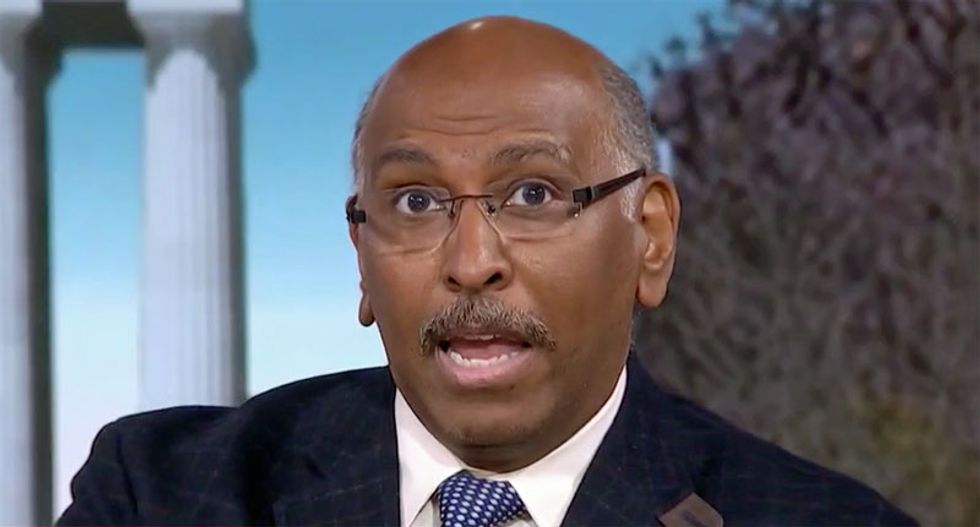 During an appearance on MSNBC's Deadline: White House, guest hosted by Peter Alexander, Steele disagreed with New York Times journalist Jeremy Peters' contention that a court vacancy would be a "reset button" that would bind the evangelical community to the White House.

"I said have said before, for the last thirty-five years, you have condemned everybody else in this country for how they lived their lives, very publicly and in a very embarrassing way," Steele reminded. "Here you have a man in the White House with all of this 'ish' coming out about him and his behavior -- and you're giving him a mulligan?"

A mulligan is essentially a do-over, a second chance that ignores the initial failure.

"I said before, repeat here again, we don't want to hear it," Steele declared.

"If you have this public stance that we are with the president, he gets to do a mulligan, don't get me in a corner privately and say, you know, 'we're really concerned about his behavior, this is so upsetting.' That's a bunch of B.S." Steele concluded. "The American people aren't buy buying it. Enough's enough about it."

Nicolle Wallace, the host of Deadline: White House tweeted a similar statement on Saturday about Republicans who "whisper" off the record about Trump but won't stand up to him publicly.

To all my republican friends who think they can sit out the Trump era and hope for great SCOTUS picks, your time is… https://t.co/LIU3tOe48Y
— Nicolle Wallace (@Nicolle Wallace)1521334900.0