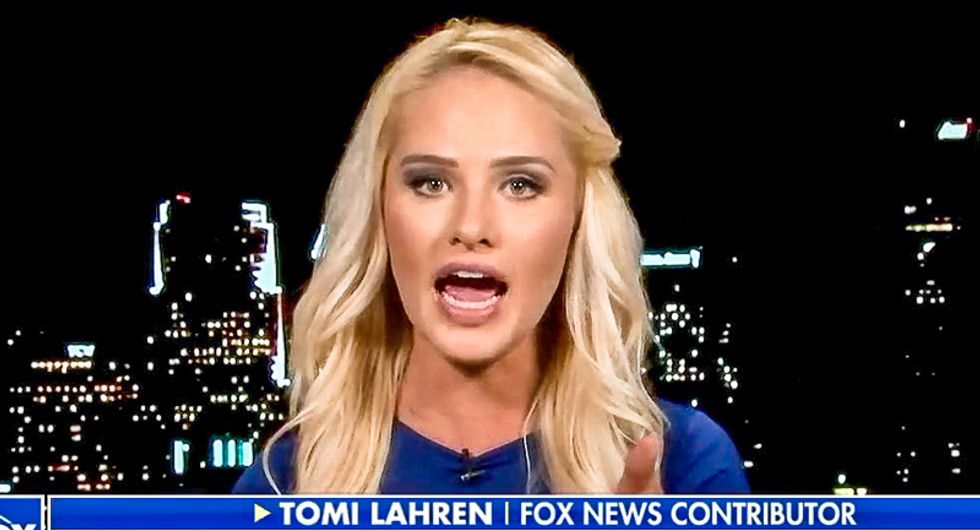 Fox News contributor Tomi Lahren on Wednesday lashed out at Hillary Clinton for calling on white women to vote for Democrats.

The morning after Democrats apparently won a Republican seat in Pennsylvania, Lahren seemed more concerned about a recent talk Clinton gave in India about her election loss.

“And his whole campaign — 'Make America Great Again' — was looking backward," Clinton said of Trump. "You know, you didn't like black people getting rights; you don't like women, you know, getting jobs; you don't want to, you know, see that Indian American succeeding more than you are — you know, whatever your problem is, I'm gonna solve it.”

Clinton went on to say that white women voters should fight “ongoing pressure to vote the way that your husband, your boss, your son, whoever, believes you should.”

"Could there be a more anti-feminist statement than that?" the Fox News contributor asked. "I don't think so. But you know what? Every time Hillary Clinton opens her mouth, we are reminded why we voted for Donald Trump. And that makes me feel just a little bit better."

Lahren argued that Democrats can not win "middle America" unless they distance themselves from Clinton.

"They may have a disdain for middle America, but they still need to cater to us!" she exclaimed.