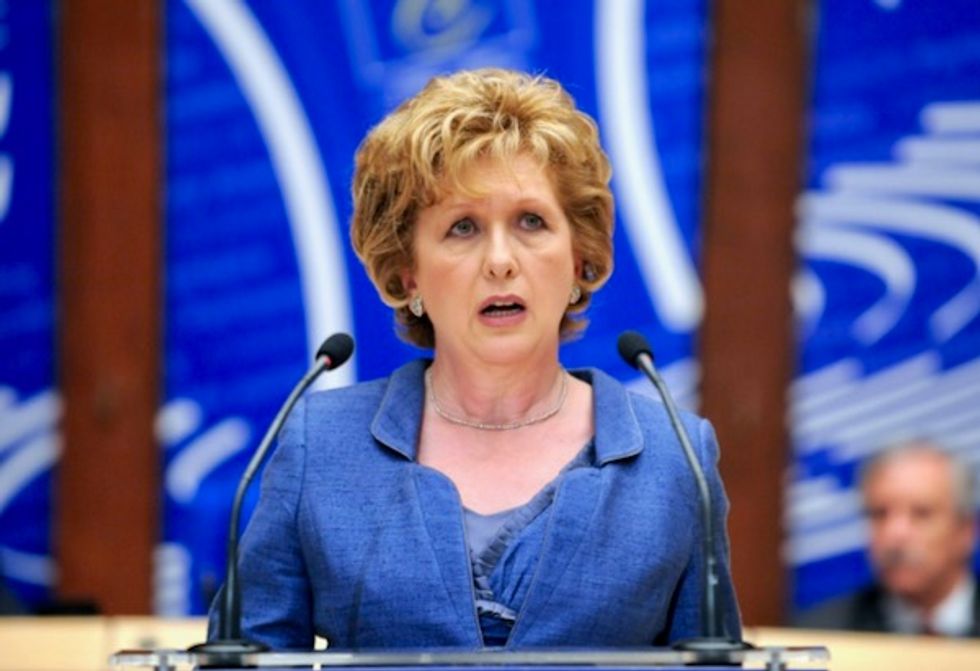 "The Catholic Church is one of the last great bastions of misogyny. It's an empire of misogyny," said Mary McAleese, pictured in 2009, who was president of Ireland between 1997 and 2011 AFP / PATRICK HERTZOG

The Catholic Church is "an empire of misogyny", Ireland's former president said on Wednesday ahead of a conference calling for women to be included in Church decision-making.

"The Catholic Church is one of the last great bastions of misogyny. It's an empire of misogyny," said Mary McAleese, who was president of Ireland between 1997 and 2011.

"There are so few leadership roles currently available to women. Women do not have strong role models in the Church they can look up to," McAleese told reporters in Rome.

McAleese will be speaking at the annual "Voices of Faith" conference on Catholic women's rights in Rome on Thursday for International Women's Day.

Chantal Goetz from Germany, one of the organisers, said: "It's urgent to include women in the Church.

"We feel we have reached a crisis point. Young people leave the Church in alarming numbers. We watch the exodus of talented, educated young women," she said.

The conference is traditionally held in the Vatican itself.

But it is moving to another location in Rome outside the Vatican walls this year after a conservative US cardinal requested that three gay rights campaigners including McAleese be excluded from the programme.

Irish-born US cardinal Kevin Farrell, a senior Vatican official, said it was "not appropriate" for the three to be taking part in the conference.

McAleese, who has a gay son and has been a campaigner for same-sex rights for 40 years, said a Church hierarchy that is "homophobic and anti-abortion is not the Church of the future".