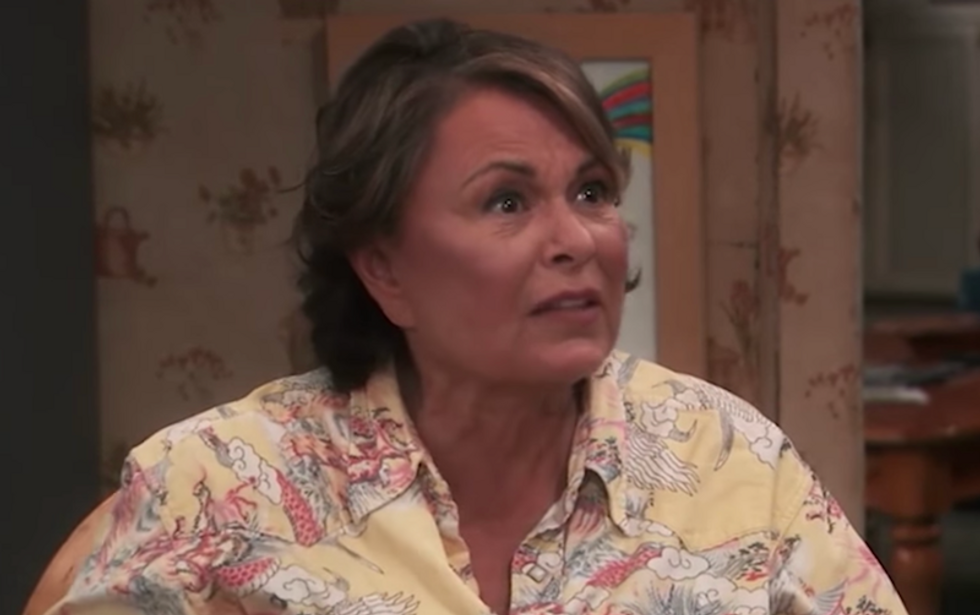 Roseanne Barr in her rebooted sitcom/Screenshot

Appearing on CNN, a reporter attempted to explain a bizarre tweet by actress Roseanne Barr, star of the re-booted ABC sitcom Roseanne.

CNN anchor Ryan Nobles asked media reporter Oliver Darcy of the actress's belief in #QAnon, which is described as Pizzagate, only worse.

"Are people supporting both Roseanne and the show?" Nobles asked. "Or just the actress? Can people divide the two when they watch the show?"

"I think it's a mixture of both," Darcy replied. "I think a lot of it is also people -- they support Roseanne and, like you said, she is a vocal Trump supporter and she does often drift into these really crazy conspiracy theories."

Darcy cited one Friday night tweet in particular, putting it on screen.

"What she's referring to is this extremely fringe theory called The Storm, it plays out in fringe corners of the internet," Darcy explained. "Really right-wing."

"I think that is going to be something that people are going to pay more attention to, particularly as the show finds success," he predicted.