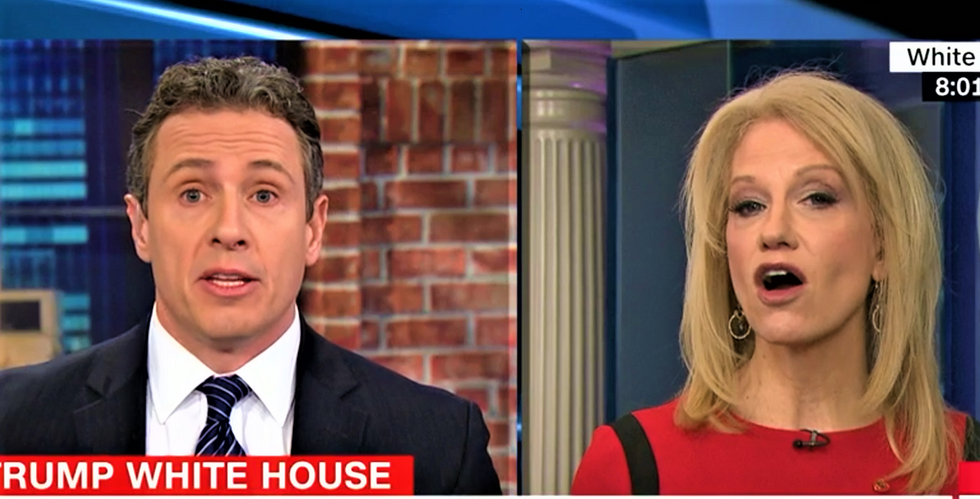 Kellyanne Conway appeared on CNN Friday to talk about the Trump administration's work in combating the opioid crisis -- but she once again couldn't resist taking a swipe at former Democratic rival Hillary Clinton.

During their discussion of the opioid crisis, Cuomo questioned whether Trump was devoting as much attention to it as he should be given that he seemingly has time to get into Twitter feuds with Clinton and former Vice President Joe Biden.

Conway responded to say that it was actually Clinton and Biden who were the ones who started it, not Trump.

"Joe Biden -- like that woman who lost the election whose name I don't say on your network anymore -- they seem pretty obsessed," she said. "Why do they keep mentioning him and his voters?"

Conway then attacked both Clinton and Biden for not doing more to solve the country's problems, despite the fact that they currently hold no political power.

"They have considerable platforms," Conway said. "Why aren't they using them for more good? Where is [Clinton's] center for women and girls? Why isn't [Biden] calling me today to help on the drug crisis?"

Cuomo immediately shot down this line of argument, however.

"I don't care what she's doing," he said of Clinton. "She's not in charge of keeping my family safe. You are. You're in power!"