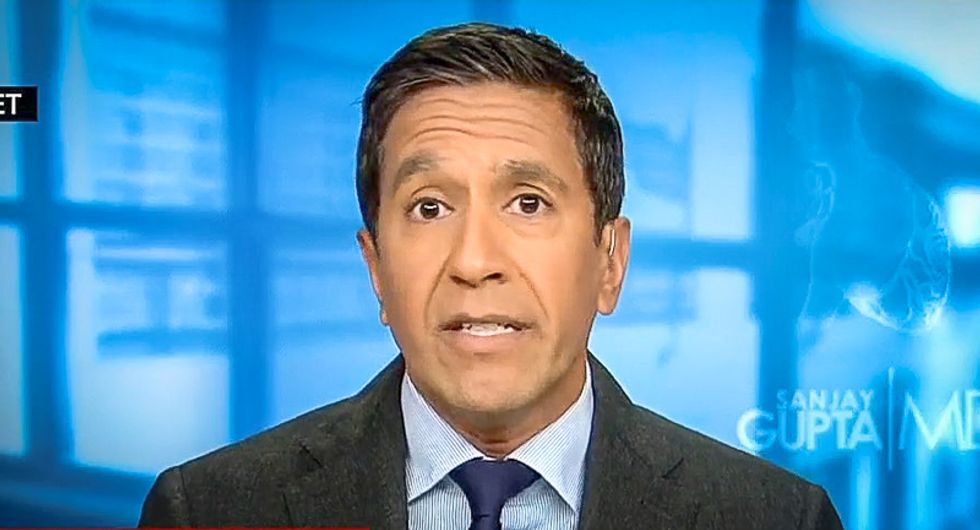 CNN medical analyst Sanjay Gupta on Thursday called out President Donald Trump's nominee for Veterans Affairs secretary for not having any management experience that would help him serve the VA's 9 million customers.

During a CNN discussion about the nomination of White House physician Ronny Jackson for VA secretary, host Chris Cuomo asked Gupta what experience the doctor could bring to the job.

The CNN medical correspondent noted that 9 million people depend on the VA for medical services.

"It's a big managerial job," Gupta pointed out. "I don't think that he has any experience in actually running a big organization like that. We don't know where he stands on some of the biggest issues that are confronting the VA right now."

Gupta recalled that he recently spent time with Jackson when he publicly vouched for Trump's good health, which the White House physician has been accused of embellishing.

"The more hyperbolic tone, I was really struck by it," the CNN doctor said. "The problem is when you're talking about facts and data and science and, in this case, the president's health, suggesting that, look, could he live to 200 years? Who's to say? You know, I put my hand up and said, 'I'll say he's not going to live to 200 years.'"