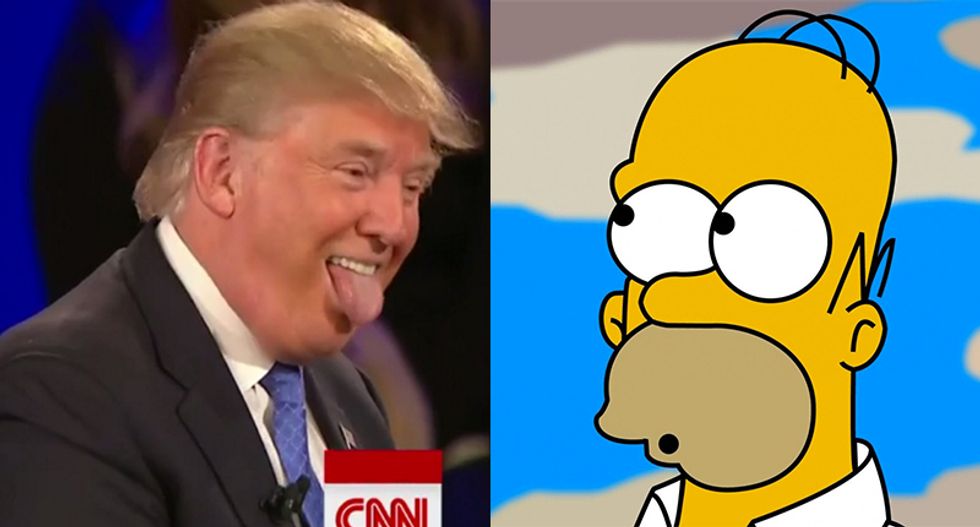 He went on to say that analysts are wrong to think of Trump as mendacious and more as a dolt.

"We're wrong to think of him as mendaciously lying like Mr. Burns," he said. "It's not like 'I'm going to say something wrong.' Nothing of the sort. He doesn't, frankly, think in that way at all... He is more Homer Simpson than Mr. Burns. He is not thinking in that way but the problem is he is the president. So, we have to understand this is a natural phenomenon it wouldn't occur to him he is he is become mendacious. He's being himself. He's three."

Lemon wondered if it was a case where Trump, as a former reality TV star and producer is doing something to garner news or publicity. However, McWhorter explained that it isn't the case either, because it would presuppose premeditation, which Trump is not capable of.

because then we get back this idea that he is actually doing something, that he is actually taking a deep breath and sipping his coffee... and thinking about it. He doesn't reflect. It's all about what reflects upon him. So, the idea that he is good at symbolism, that he is good at signs, no, no. He is good at him. And so what he is doing is thinking about what makes me look good. And so if Joe Biden says he could beat him up, immediately this 2-year-old has to say, 'No, I could beat him up!' That's all there is. That explaining everything."