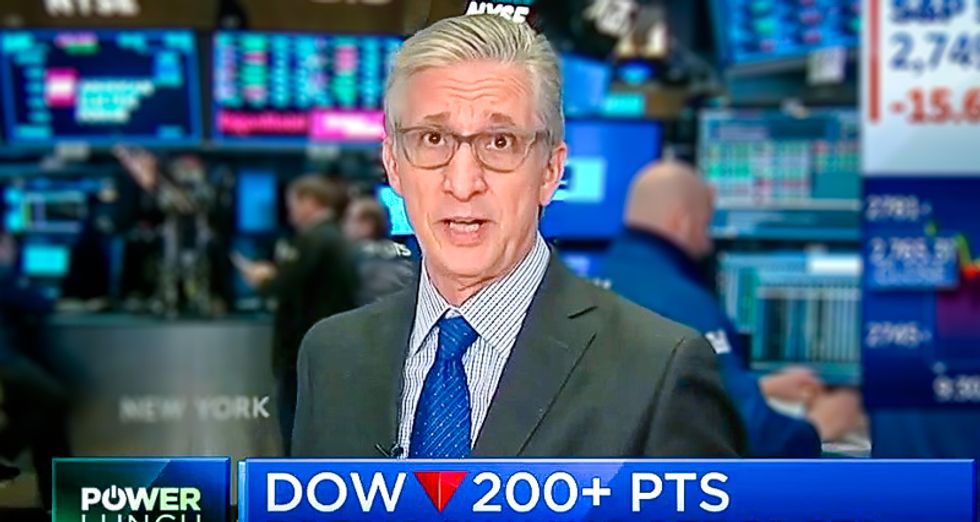 "When Larry was nominated people down here were happy," Pisani reported from the trading floor. "Larry is beloved down here by me and a lot of other people because he's here a lot. He has a lot of friends. A lot of people think very highly of him as I do."

"But what you see here is it's not really moving the markets that much," he lamented. "And that suggests to me that the markets don't think there's going to be a particular big change in trade policy."

At the time of Pisani's broadcast, the Dow Jones Industrial Average was down by over 200 points.