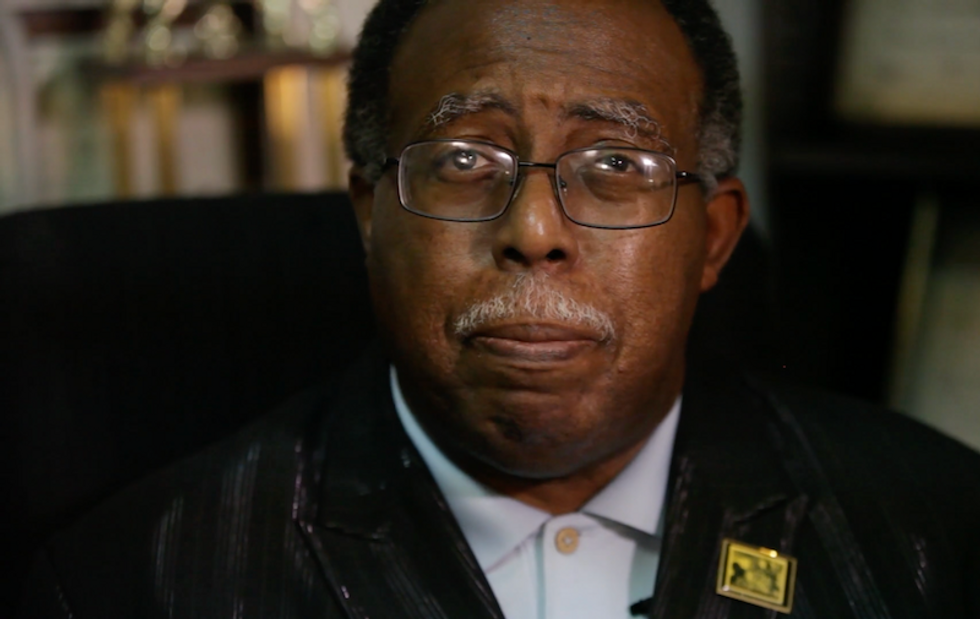 Nelson Linder of the Austin NAACP/Screenshot

The two people killed by package bombs in Austin were family to prominent black activists, The Associated Press reports.

Police in Austin have said that the three bomb attacks were connected but they have stopped short of saying the attacks were hate crimes, saying they "have not ruled out any possible motive."

"We’re not saying that we believe terrorism or hate is in play, but we absolutely have to consider that,” said the city's police chief.

But since all of the attacks happened in the east side of the rapidly gentrifying Texas capital, which has traditionally been home to minority neighborhoods, and since all of the victims were black or Hispanic, community leaders are concerned.

Nelson Linder, president of the Austin chapter of the NAACP, sees a connection.

"I don’t believe in coincidences,” he said.

The victims have included 17-year-old Draylen Mason who was killed and his mother wounded on Monday when they opened a package bomb in their kitchen. His grandfather, Norman Mason, is a leader of the black community who is friends with Freddie Dixon, whose stepson Anthony House, was killed by a package bomb on March 2. Dixon is a leader of Six Square, the part of the city that was a "Negro District" and a pastor at a prominent black church.

Cops are refusing to release information about the packages, beyond saying that they were left overnight on doorsteps and that they were “not at all identifiable” by boxes or shipping labels.