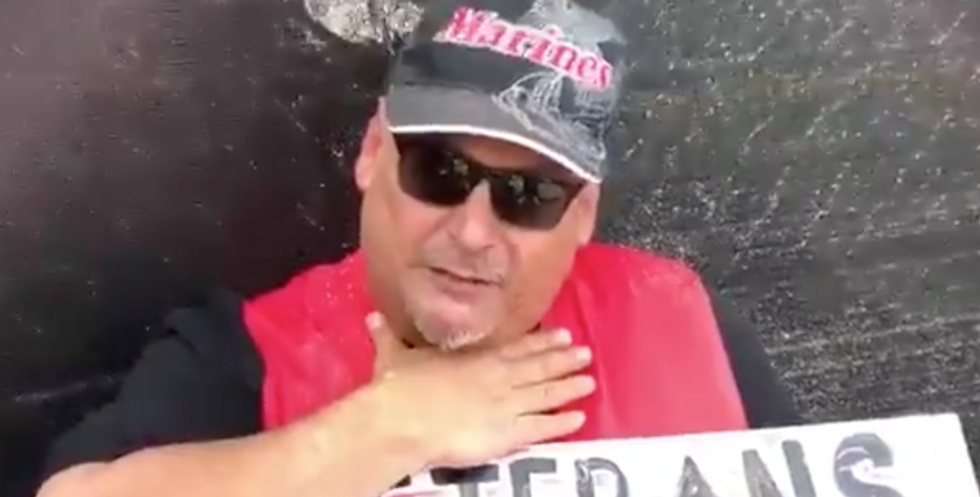 An emotional former Marine broke it all down/Screenshot

A Marine veteran who accompanied his daughter to a #MarchForOurLives rally gave one of the most moving speeches of the day to a reporter who stopped to talk to him while he was sitting on the sidewalk.

"I actually believe in what President Reagan once said: we may have a right to carry guns but there's no need for us to carry assault rifles to protect our families," he said. "Certain weaponry is made for war."

The man said he's seen these weapons in action in the military, and normal people don't need them.

"Hopefully changes are going to start happening," he said.

“I don’t like to see our kids get killed,” choked Russ Acosta-who says the 2nd Amendment is something “people hide behind” and doesn’t believe certain weaponry should be legal after what he’s seen pic.twitter.com/JEU07km9QI