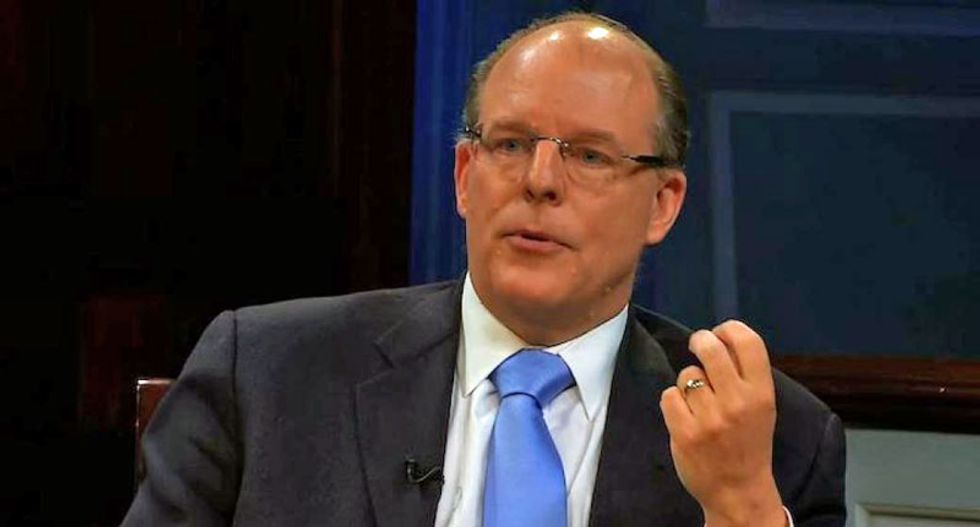 A Republican strategist who served in the administrations of three GOP presidents told CNN's David Axelrod that he has trouble identifying as a Republican during the era of President Donald Trump controlling the party.

"I'm very uncomfortable calling myself now a Republican even though my roots are with the Republican Party," Wehner said on Axelrod's podcast.

The final straw, for Wehner, seems to be evangelical Christrians backing Trump regardless of anything he has been caught doing.

"What's happened is that a lot of these prominent evangelical Christians have gone from making a prudential judgment to being the sword and shield for Donald Trump," Wehner observed. "They are his most reliable defenders."

"I think we've seen that there is, in their defense of Donald Trump, a kind of hypocrisy that is so obvious to everybody else but apparently themselves," he continued. "And so I think that that has really had a discrediting effect on faith."

"I feel like something that I treasure and is important to me is being denigrated and harmed. And it's it's not only unnecessary, it's downright destructive," he concluded.

I guess it's time for another "mulligan" from evangelicals. President Trump is going to test how many mulligans cer… https://t.co/I4lymbe9lR
— Peter Wehner (@Peter Wehner) 1521568615.0