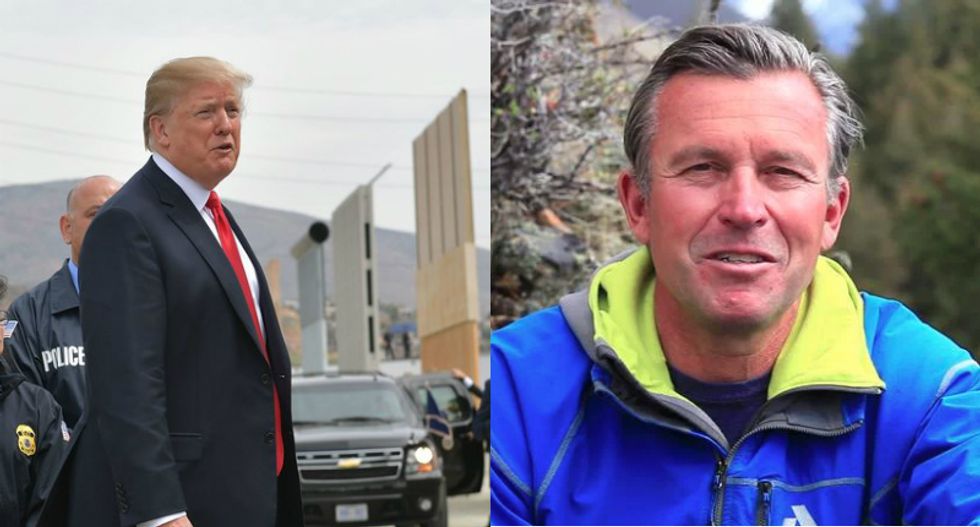 After President Donald Trump made a strange remark about his border wall being able to keep out "professional mountain climbers," a man who's climbed Mt. Everest seven times scoffed at the suggestion that the government could build such an unbreachable barrier.

"Oh God," pro climber Ed Viesturs told Esquire's Nate Erickson when he read the president's comments that were made while surveying prototypes for his proposed border wall at the divide between Mexico and the United States.

"Getting over the top is easy," the president said earlier in the week. "These are like professional mountain climbers—they're incredible climbers. They can't climb some of these walls."

According to Viesturs, Trump's comment, which seemed to be directed at Mexicans attempting to enter the US, is "just another one of those stupid things that this guy says."

"He doesn't know what he's talking about," the man who's scaled all 14 of the world's tallest mountains said. "He doesn't have a clue."

When asked if a 30-foot wall would stop a professional, Viesturs was incredulous.

"Oh no," he said. "A good professional mountain climber can probably do it in a few hours, easy."

"Go for it," the climber replied.