Ex-Tea Party candidate comes unglued at anti-gun vets: Surviving Iraq was 'the last great thing they did in this life' 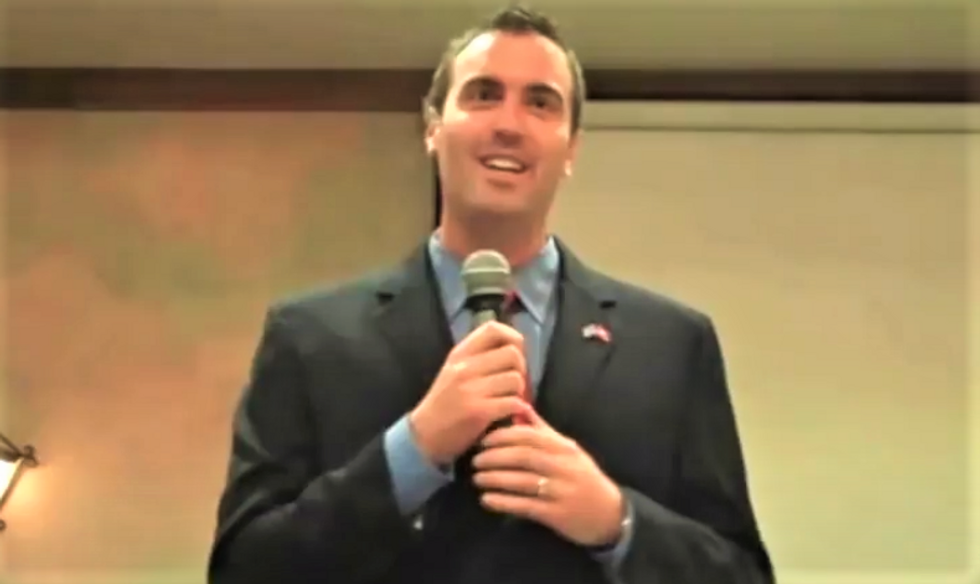 Jesse Kelly, an Iraq War veteran and a twice failed Republican congressional candidate who now regularly writes at The Federalist, is taking aim at his fellow vets who are now speaking out in favor of stronger gun laws.

In a new column titled "Stop Using Your Status As A Veteran To Trash The Second Amendment," Kelly compares veterans who protested over the weekend at the March For Our Lives with veterans who hit their wives -- and he says that they seem intent on proving that "the last great thing they did in this life ended when they got back from Iraq at the ripe old age of 22."

He then goes on to trash the anti-gun veterans for being "malcontents" who have forsaken their oaths to defend the United States Constitution.

"Veterans are not sacred," he writes. "Every vet takes an oath to 'support and defend the Constitution of the United States.' That oath doesn’t expire when you leave the service. It doesn’t mean you have to carry a weapon on foreign soil fighting our enemies forever, but at least don’t return home and put the Constitution you swore to uphold through the paper shredder."

He also attacks veterans' arguments that U.S. citizens shouldn't have access to the same kinds of weapons that they used while fighting in Iraq -- and he explicitly endorses granting Americans "weapons of war" to kill off any tyrannical government officials that might try to oppress them.

"It is not up for debate. American citizens are allowed (and were encouraged by the Founders) to have weapons of war," he writes. "Those weapons were not for hunting deer. They were for hunting despots. One would hope a veteran who spent time in a place like Iraq would have learned invaluable lessons about tyrants and how they abuse powerless people."