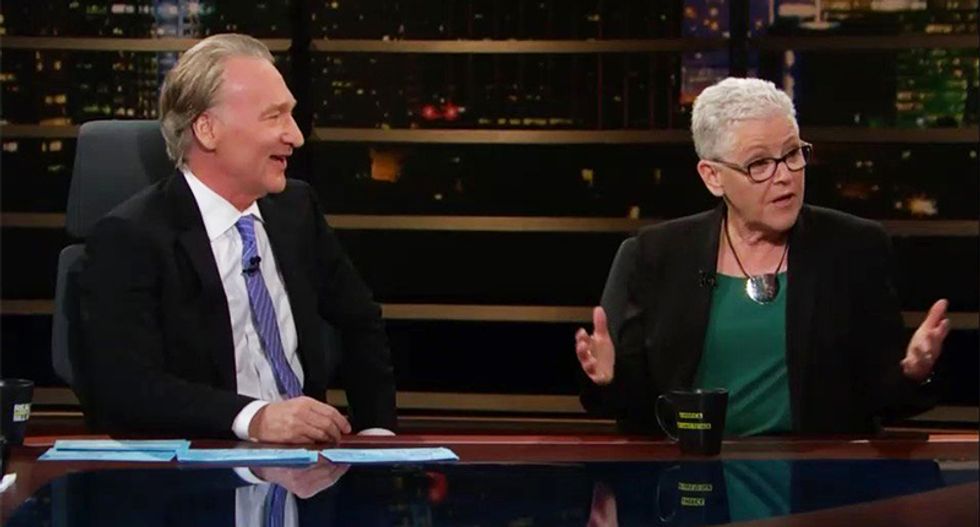 McCarthy has spent her time after her public service to explain that the EPA isn't all about polar bears and saving the animals, but about actual crisis that can destabilize the life on the planet and thus hurt humans.

According to McCarthy, if current EPA head Scott Pruitt was a smarter person, she fears he would have destroyed the entire agency already. Instead, he's nothing more than a thick dolt of a disaster.

"Just because [EPA] has the word 'environment' in it, doesn't mean we do birds and bunnies and polar bears...It's really about kids, public health, safe drinking water, clean land and clean air," she said. Pruitt, however, is not about those issues. Any of them.

When asked how bad it is under Puritt, McCarthy confessed it wasn't as bad as it could be.

"The only way it could be worse is if he knew what he was doing," she said.

Maher pushed back, saying that he thinks Pruitt does seem to know what he's doing and wants to unmake the entire existence of the EPA.

Maher brought up religion and noted that many anti-environment people are also "religious nuts, who believe Jesus is going to take the wheel."

McCarthy laughed and noted that it's a great song.

"Great song, lousy policy," Maher replied. They think "we don't have to do anything because, as his fellow Oklahoma Jim Inhofe said, 'God's still up there.'"

McCarthy said that there was a reason the EPA uses science to make their decisions because they it's based on provable facts.