Former Ohio AG says he regrets 'devil's bargain' with the NRA: 'I had abandoned my principles and sold my soul' 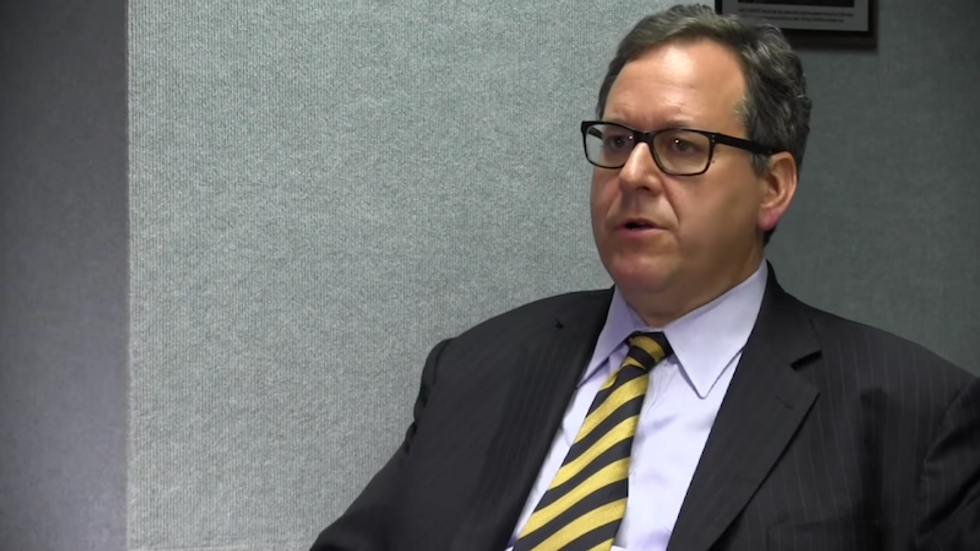 Former Attorney General of Ohio, Marc Dann, was a state senator before winning office as thew third most-powerful politician in the state in 2007. He resigned a year later, after sexual harassment allegations involving Dann and his staff, and an extramarital affair with a subordinate, surfaced. Since then, he's been a lawyer in Cleveland.

During his political career, Dann was a loyal support of NRA policies, which he says helped him win office.

Today, Dann expressed his regrets for that in an op-ed published in the Cleveland Plain Dealer.

Dan says it started innocently enough, as he was just listening to his constituents.

"I first encountered those voters as an Ohio state senator who represented a largely rural district," he writes. "From the moment I took office, my staff and I were inundated with calls and letters from gun owners and advocates. No matter where I went in my district or what issue I was discussing, my constituents never failed to remind me they had a zero-tolerance policy for gun safety laws. Anyone who thinks Social Security is the third rail of American politics has clearly never talked about firearms with an NRA member."

Dann ended up supporting NRA positions rather than standing up to the gun nuts.

"I made a devil's bargain with myself: To stay in office, I adopted pro-gun positions that made me uncomfortable," he writes. "I soon learned however, that in making a deal with the devil to advance my political career, I had abandoned my principles and sold my soul."

His perspective after his father bought a gun to kill himself. His mother told him she thought his decision to help override a Republican governor's veto on a waiting period was partially responsible.

"She told me I could redeem myself by refusing to fight the leaders struggling to end gun violence in their cities. I rejected that chance for redemption because I had accepted the fantasies spun by the NRA and become too enamored with the trappings of my office, which I desperately wanted to keep. I'm certain many other officeholders bow to gun groups for the same reason," he writes. "But I know now, after far too many lives have been sacrificed on the altar of the NRA's lies, that I should have pushed back. I should have told my constituents they were being duped by shills for a firearms industry that profits from fear-mongering and murder. And I should have been willing to risk my political career if they chose not to believe me."

Correction: This post originally incorrectly identified Dann as a Republican.