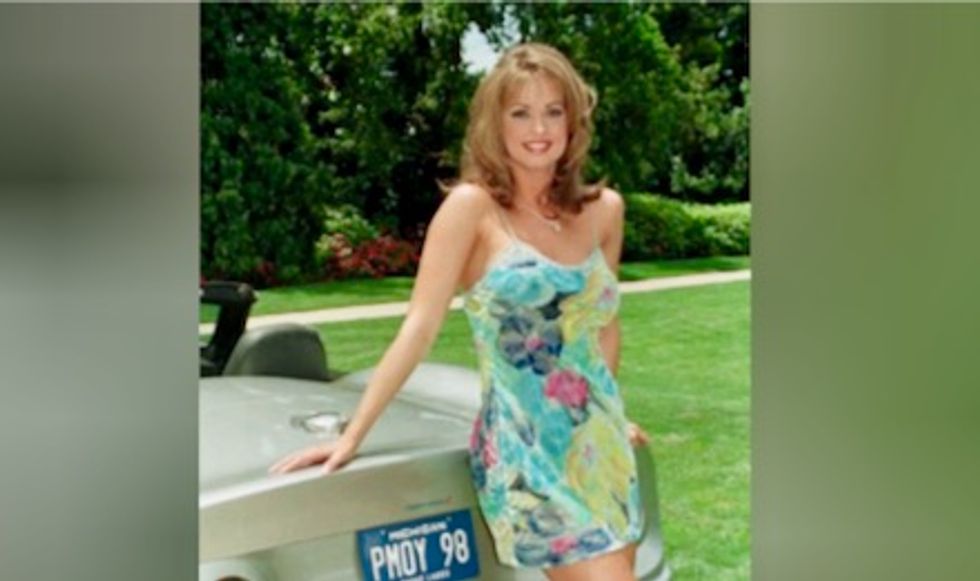 Playboy Playmate of the Year Karen McDougal poses at the Playboy Mansion in Beverly Hills in 1998. REUTERS/Files

A former Playboy model who said she had an affair with President Donald Trump filed suit in California on Tuesday to release her from a legal agreement requiring her to stay silent, becoming the second woman this month to contest an arrangement to keep quiet about an alleged extramarital relationship with Trump.

Karen McDougal filed the lawsuit in Los Angeles Superior Court against American Media Inc, publisher of the National Enquirer, which paid her $150,000 in 2016 to keep quiet on the matter, according to a copy of the lawsuit provided by her lawyer, Peter Stris.

The lawsuit comes a month after the New Yorker reported on the alleged affair and a move by American Media Inc to pay McDougal for exclusive rights to her story, which it never published. The New Yorker article noted that American Media head David Pecker has described Trump as a “personal friend.”

American Media Inc did not immediately respond to a request for comment.

“AMI lied to me, made empty promises, and repeatedly intimidated and manipulated me. I just want the opportunity to set the record straight and move on with my life, free from this company, its executives, and its lawyers,” McDougal, who was Playboy magazine’s 1998 Playmate of the Year, said in a statement.

Adult film actress Stormy Daniels, whose real name is Stephanie Clifford, sued the president on March 6, stating that Trump never signed an agreement for her to keep her quiet about an “intimate” extramarital relationship between them. Daniels received $130,000 under that agreement.

Earlier this week, a law firm representing Trump and the corporation that paid Daniels said in a court filing it was seeking at least $20 million in damages for multiple violations of the nondisclosure agreement.

Reporting by Nathan Layne in New York; Editing by Will Dunham