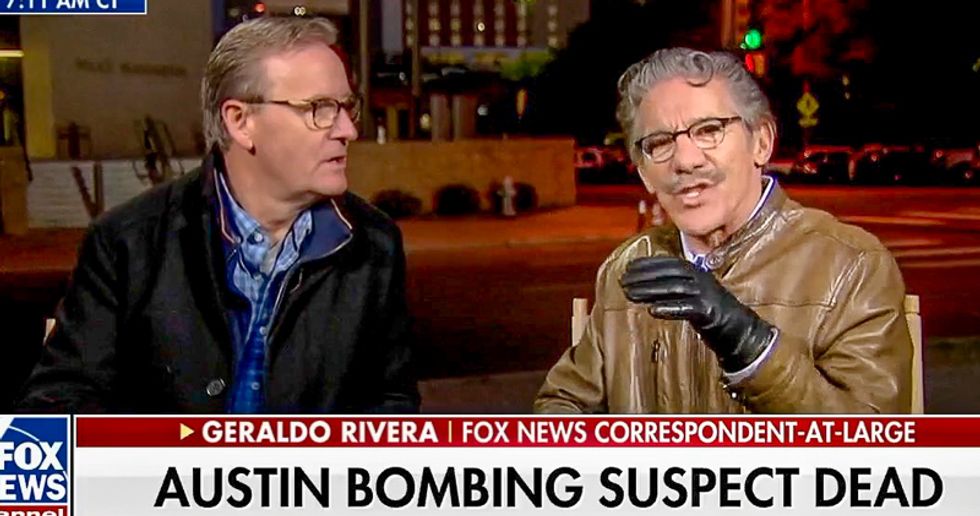 Fox News guest host Geraldo Rivera on Tuesday suggested that a bomber targeted Austin, Texas because it is one of the most liberal cities in the state.

Hours after the bomber allegedly blew himself up, Rivera speculated that he may have chosen Austin because it is a sanctuary city or because the number of liberals who live there.

"One point I want to make about Austin, Texas particularly because I believe there is in the location, in the nexus of these crimes, there is some explanation," Rivera said. "Austin is not only the capitol of Texas, it's also the hub of the main campus of the University of Texas. It is a dot of deep blue in a sea of red. A very liberal town. They want to keep Austin weird -- that's one of their slogans."

"So there was a lot of attention to this liberal island in a conservative sea," he continued. "That might have had something to do with his choice of targets and the timing of these."

Rivera's analysis did not go over well with Fox News viewers, who lashed out on Twitter.