Fox News' Judge Napolitano admits a Trump-Mueller interview will be a disaster: 'A field day for the special counsel' 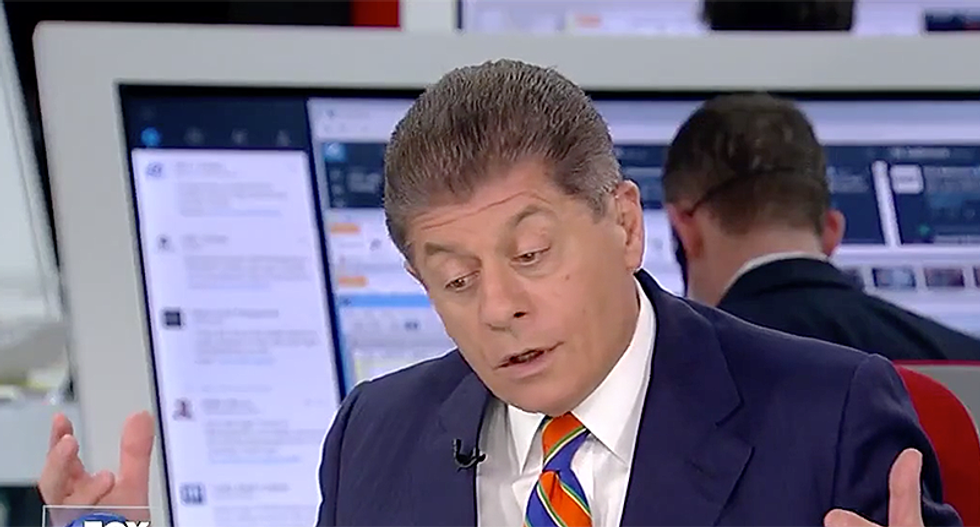 "This particular president has one of the strongest personalities and highest levels of self-confidence of any human being I’ve met," the legal analyst told host Harris Faulkner. "This president, if told not to say something that he wants to say, will probably say it anyway."

Dowd, the New York Times reported earlier on Thursday, concluded that Trump was "increasingly ignoring his advice." The top White House lawyer advocated for an alternative to a sit-down interview between Trump and the special counsel.

"This president doesn’t always use — I’m being diplomatic now — an economy of words," Napolitano continued. "That is, that recipe, is a field day for prosecutors and FBI agents that would like to trip him up."

Though the judge said he's a "big fan" of Trump's latest hire, land conspiracy theorist Joseph diGenova, who joined the Trump legal team earlier this week before Dowd's resignation, he said the attorney now faces a "learning curve" because he joined the president's defense in the middle of the Mueller probe.

"This is not good for all of this to happen to the president while he’s talking to [Russian President Vladimir] Putin, and signing tariffs on China, and negotiating spending with the Congress,” Napolitano said. “He can keep many balls in the air, but he is human, and this is almost like being under siege."