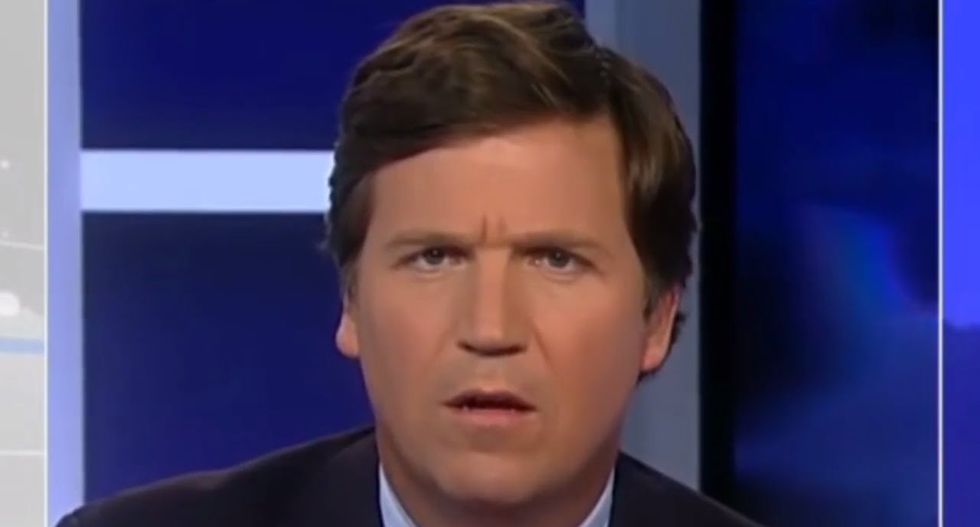 "When is the last time you heard a Democratic politician praise the Australian solution to gun violence? A lot — if you're watching CNN, you probably heard it today," Carlson said while discussing the resurgent cries for gun control in the wake of the Parkland, Florida mass shooting on Valentine's Day. "They say it all the time. The question is" do you know anything about how Australia implemented gun control?"

"They took the guns away from the population by force, and not just from criminals and people convicted of wrongdoing," he continued. "The government of Australia took guns from law abiding people who had done nothing wrong. They punished the innocent!"

He then showed a public service announcement from Australia's government-run three-month gun amnesty program, which featured a photograph of naked men showering that alluded to jail time for those who did not turn their guns in to the government.

"Effectively, the government threatened law abiding citizens with prison rape if they didn't surrender their guns," Carlson said, appearing to reference sexual assaults that happen inside the communal showers found in prisons and jails despite no indication from the photo or PSA that they were suggesting such measures.

"That's what liberals are calling for in this country every time they talk about the Australian solution," the host warned.