GOP senator suggests leakers are going to hell: 'If you dislike Trump that much... you don't have a soul' 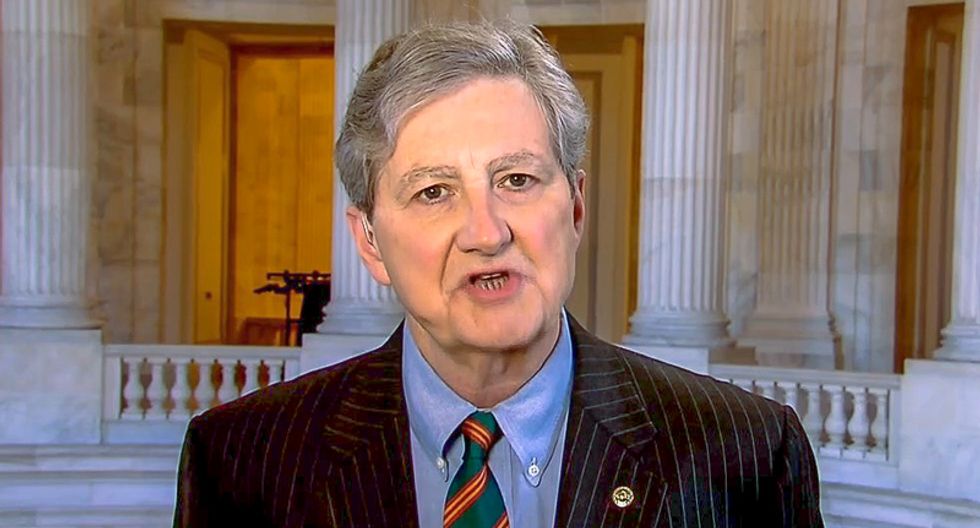 Republican Sen. John Kennedy of Louisiana on Thursday suggested that White House staff who leak to the press are in danger of going to hell.

During an interview on CBS This Morning, Kennedy said that he was outraged at the news someone had leaked part of a presidential briefing that told President Donald Trump -- in all caps -- not to congratulate Russian President Vladimir Putin. The advice was ignored.

According to Kennedy, the person who leaked the information "doesn't have a soul."

"We all ought to be concerned," he told CBS host Gayle King. "It's unconscionable. You know, if you dislike the president that much and you're still working for him, you know, you don't have a soul. You ought to quit."

Kennedy concluded by suggesting a punishment for the leakers.

"They need to prosecute whoever did it, they need to dig a big ole hole underneath the jail and put the person there," he said.