'Is Hillary a happy person? Do you think she's happy?' obsessed Trump muses during Mar-a-Lago fundraiser 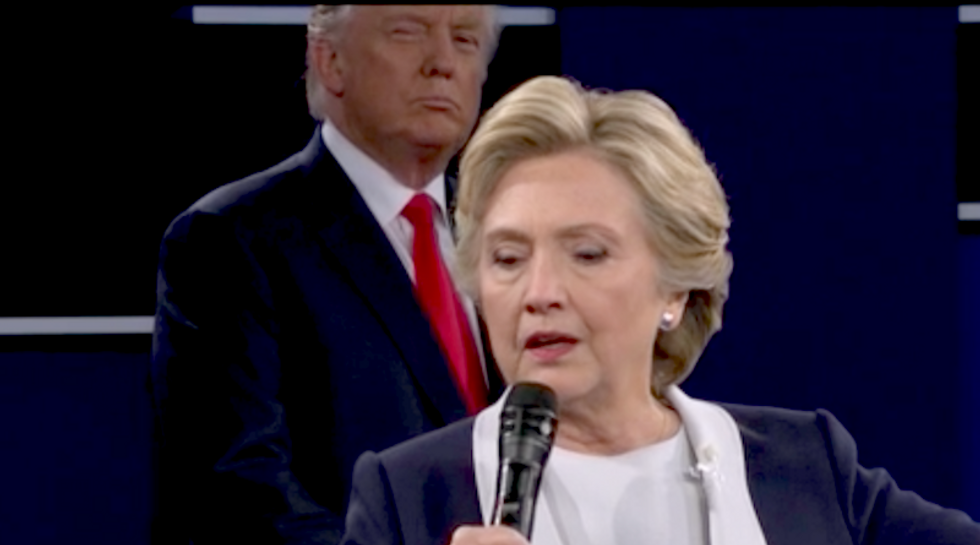 Trump lurks behind Hillary Clinton in a presidential debate/Screenshot

Despite all his own troubles, the president is still talking to donors about his 2016 opponent, who spends a lot of time hiking in the beautiful woods near her upstate New York home.

"Is Hillary a happy person? Do you think she's happy?" Trump mused during a speech at Mar-A-Lago, which was recorded and passed to CNN. "When she goes home at night, does she say, 'What a great life?' I don't think so. You never know. I hope she's happy."

Elsewhere in the speech, Trump fantasized about the possibility of eliminating political opposition and becoming a dictator. Specially, he praised a power grab by China's President Xi Jinping.