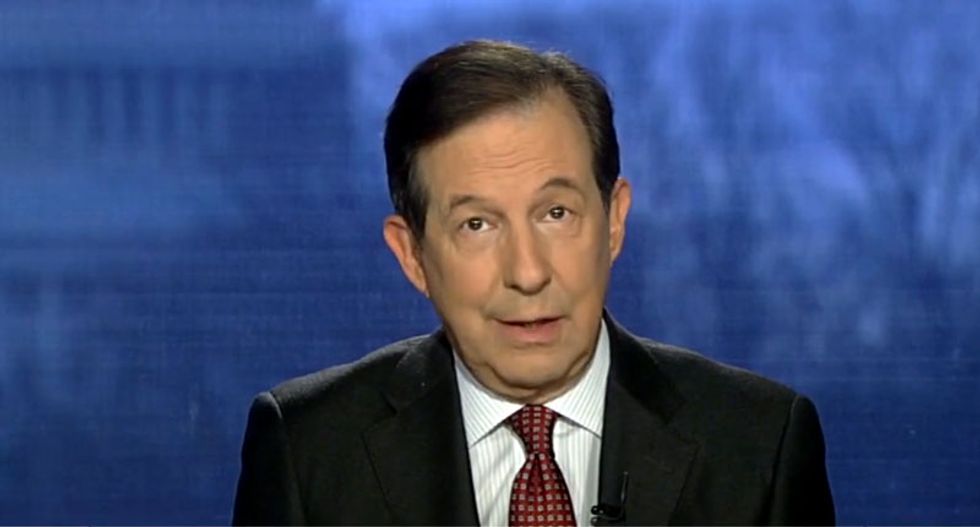 If you tune into Fox News, things tend to be sunny during the time of Trump.

Through their colored lens, things are looking up—except for Democrats foiling ICE raids and the occasional deadly family spat over a ranch.

So it's a little jarring to watch Chris Wallace and Shepard Smith pierce the bubble. And yet that's exactly what happened when Wallace appeared on Smith's show to break the whole mess down.

"Let's just go through it," Wallace said, before laying out a shockingly lucid analysis of Trump's troubles.

1. "Hope Hicks has quit. She's the person closest to the president in the White House."

2. "The president hates his attorney general."

4. Trump's top economic advisor is threatening to quit because of proposed tariffs, which he wasn't consulted about.

6. "Somebody is trying to get Jared Kushner."

7. Trump wants to be rid of Kushner, his son-in-law, but doesn't want to do it himself and so he's also asked his Chief of Staff, John Kelly, to "help me Kushner and Ivanka out of here."

"Other than that, it's sweetness, light, puppies and unicorns here in D.C.," Wallace said, wryly.

"Wow—that's a nice clip for whoever picks up clips," Smith said.

The clip is below.