'This is a hot mess': MSNBC's Mika says Tillerson firing may have confirmed Trump's a 'moron' 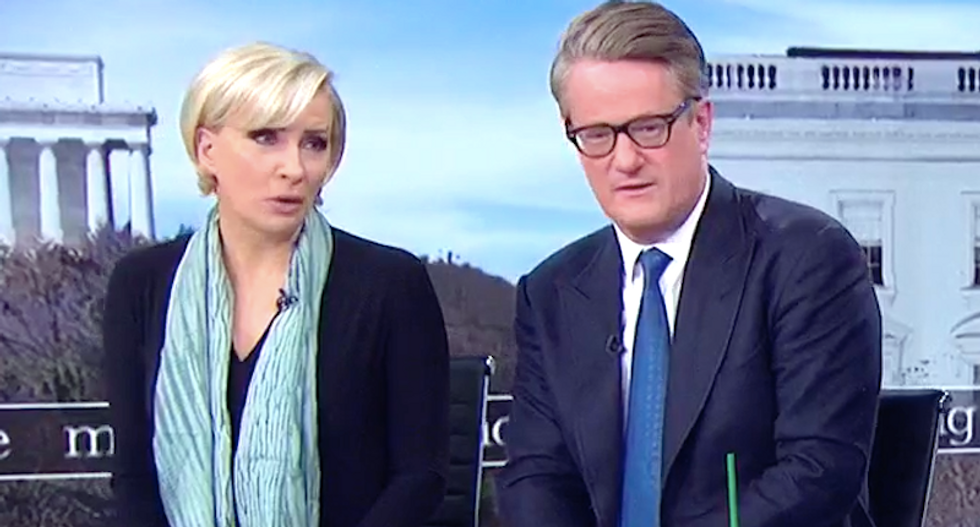 NBC News reported in October that Tillerson called Trump a "moron" during a Pentagon meeting in July, and MSNBC's Stephanie Ruhle took it a bit further.

“My source didn’t just say that he called him a moron,” Ruhle said. “He said an effing moron.”

Tillerson never quite denied making the remark, although he survived another five months as head of the State Department -- and Brzezinski said Tuesday's sloppy firing may have confirmed the insult.

"Some would argue that it would take a moron to tell the world that you're unstable and that you lurch around and can't make decisions, but if you look at this," Brzezinski said, before co-host Joe Scarborough cut her off to jokingly ask whether she was talking about him.

"I just said some might say you acted so impulsively on the world stage and you would fire on Twitter your secretary of state, someone who's heading up a State Department that has so many unfilled spots it's almost dangerous," Brezinski continued.

She said the national security implications of summarily dumping Tillerson overboard were staggering, given the number of threats faced by the United States.

"The implications of the North Korea talks, but he just sent Tillerson to Africa to clean up for his own mess, and now all the new alliances and relationships that were made there, they have no one to talk to," Brzezinski said. "I mean, this is a hot mess."