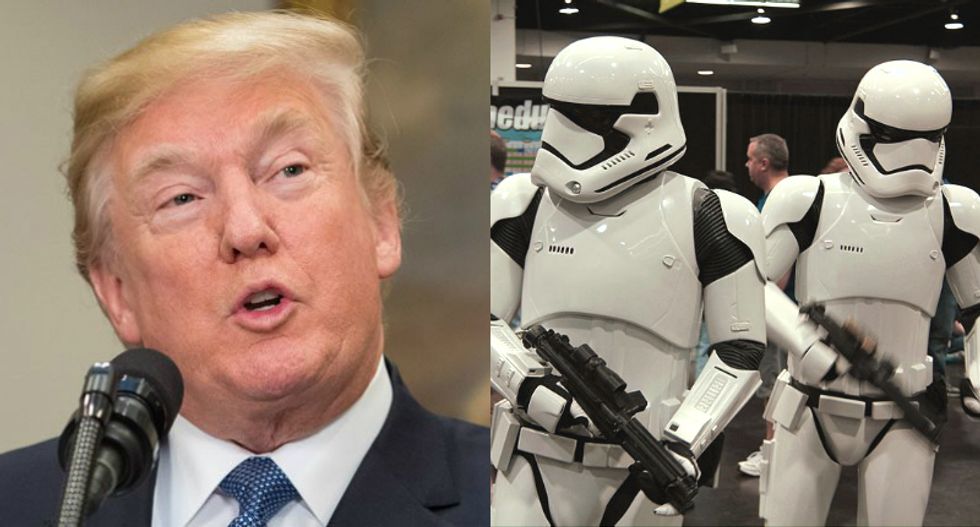 After looking at prototypes for a wall on the Mexican border, Donald Trump addressed Marines at Miramar Air Station in San Diego on Tuesday.

In addition to touting record-breaking military spending and promising a raise to the military he also laid out plans for a space army.

“We should have a new force called the Space Force. It’s like the Army and the Navy, but for space, because we’re spending a lot of money on space,” he said. "I said maybe we need a new force, I was not really serious, then I said 'what a great idea.' Maybe we'll have to do that.”

"My new national strategy for space recognizes that space is a war-fighting domain, just like the land, air, and sea," he said.

Trump: “We should have a new force called the Space Force. It’s like the Army and the Navy, but for space, because… https://t.co/RGpKrPvxv3
— Christina Wilkie (@Christina Wilkie)1520975488.0

"It’s probably where he wants to station the transgendered military or something," one joked.

Others were just intrigued.