'It's like a vampire': Colbert's Cartoon Trump explains why he doesn't want pictures of his penis to see the light of day 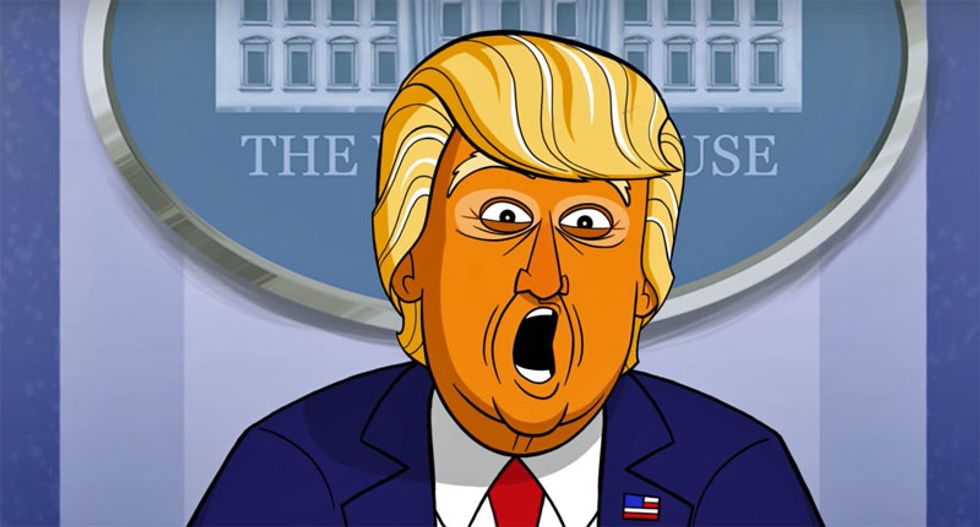 The "tru-ish misadventures" of President Donald Trump were parodied in a new episode by Showtime's Our Cartoon President. The show, produced by Stephen Colbert and his Late Show executive producer Chris Licht, featured a White House press conference with the commander in chief discussing his legal strategy and penis.

"Spring has sprung. All winter long, adult film stars have been hibernating -- bellies full of fish -- now they're all emerging from their caves and giving interviews to Anderson Cooper," the Cartoon President told the assembled journalists.

"Sir, why haven't you refuted the Stormy Daniels allegations," a reporter asked.

"I'm trying to take the high road," the Cartoon President explained "and do everything I can not to have a picture of my penis go public."

"I mean, that thing is like a vampire," the Cartoon President said of his penis. "Bloodless, can't see it in a mirror. And at first Eastern European women fall in love with it, but eventually they try to drive a wooden stake through it."