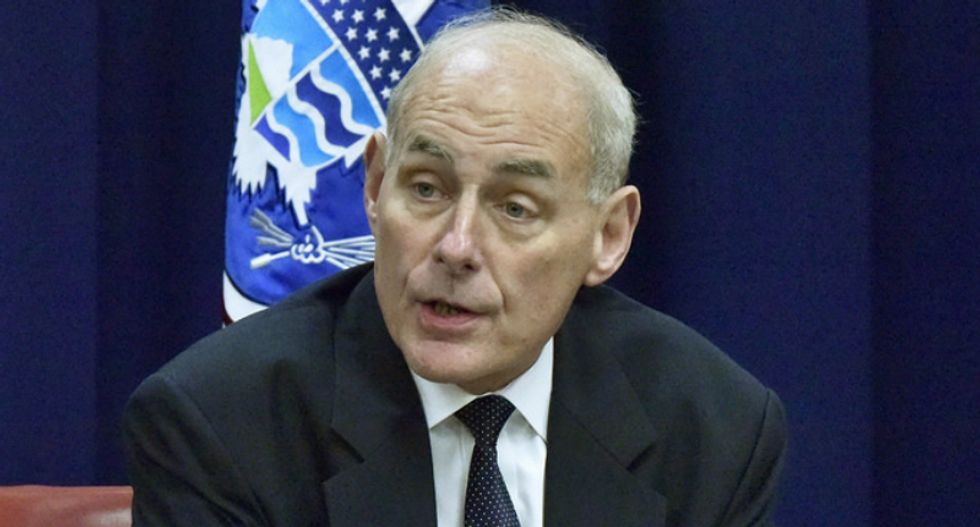 President Donald Trump on Tuesday reportedly ignored a warning from his national security advisers to not congratulate Russian President Vladimir Putin on his election victory -- and White House chief of staff John Kelly is now apparently fuming that this news leaked.

CNN is reporting that Kelly is "furious" that someone leaked word that Trump congratulated Putin despite being given an all-caps warning on a note card that read, "DO NOT CONGRATULATE."

Per CNN's Abby Phillip, Kelly plans to address the leak with national security council staff on Wednesday, as it was "a leak that only a small group of people would know about."

In addition to ignoring warnings against congratulating Putin, the president also reportedly ignored aides' request to condemn Russia's alleged use of a dead nerve agent against a former Russian spy who is living in the United Kingdom.