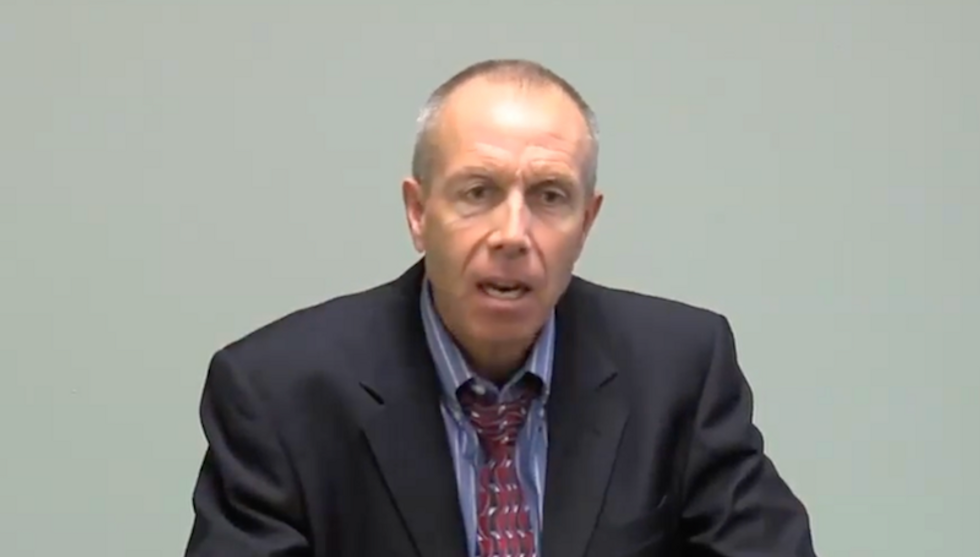 A professor with ties to white nationalism who works at Florida Atlantic University, a public school, is funded by the Koch Brothers, according to a report in the Miami New Times.

Marshall DeRosa, a political science professor at Florida Atlantic University, gets funding from the Koch's to preach his neo-Confederate gospel to inmates at a private prison in Boca Raton.

DeRosa claimed he left the group because it became "too radical." But in the video below he can be seen praising the Confederacy and discussing what "President" Jefferson Davis should have done to create a successful white nationalist society.

DeRosa is also transphobic, targeting fellow Republican Caitlyn Jenner in a hateful essay which branded her "repulsive" following her transition.

"Bruce will never be a woman," he wrote. "The new Bruce may superficially talk, walk, dress, and appear as a woman, just as the new South may superficially appear 'Southern.' However, both are manufactured and, to put it politely, somewhat repulsive from a Christian perspective."

As Miami New Times points out, FAU also employed a Sandy Hook truther who personally harassed the families of the victims.