Latvia is the latest country to expel 'one or several' Russian diplomats over spy attack: 'In solidarity with the UK' 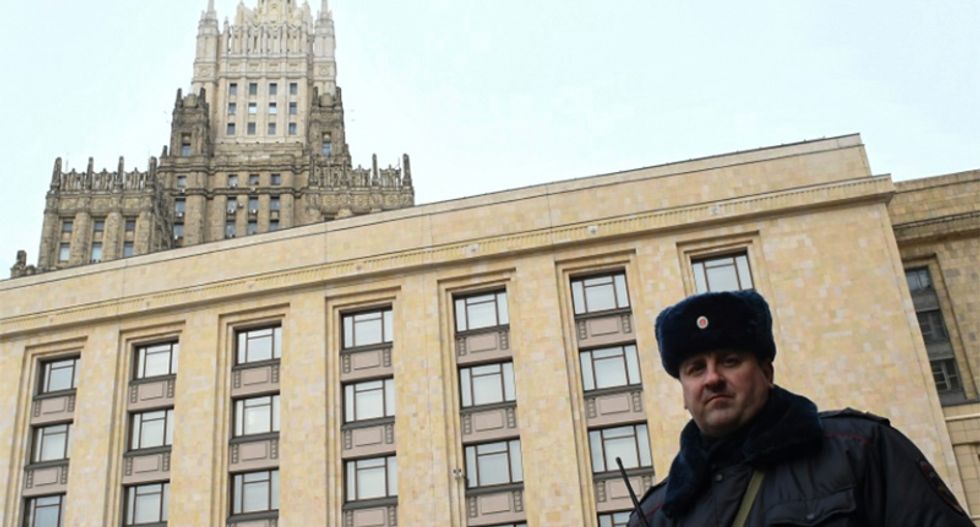 A number of Russia diplomats have been expelled from European countries, including Latvia; here, a police officer guards outside the Russian Foreign Ministry headquarters in Moscow AFP/File / Yuri KADOBNOV

Latvia's foreign ministry on Friday said the Baltic state would expel "one or several" Russian diplomats over the nerve agent attack on an ex-spy in the English city of Salisbury.

The move comes after Britain, which blames Russia for the poisoning, expelled 23 Russian diplomats they said were spies and pressed EU allies to follow suit despite Moscow's warning against confrontational steps.

"In solidarity with the United Kingdom and other European Union countries, Latvia is currently discussing with them how to coordinate a proper response to Russian activity regarding the chemical attack on Sergei Skripal," ministry spokesman Gints Jegermanis told AFP.

"One or several Russians involved in espionage activities, while living in Latvia with diplomatic passports, will be expelled from our country," he added.

"The exact number is currently being discussed with our European partners and will be announced on Monday."

The leaders of former Soviet bloc EU states the Czech Republic and Lithuania, as well as Denmark and Ireland, have also said they were considering further unilateral steps, including expelling diplomats.

The poisoning has heightened worries across Europe about Russian meddling -- from repeated cyber attacks to what the EU has called an "orchestrated strategy" of disinformation aimed at destabilising the bloc.